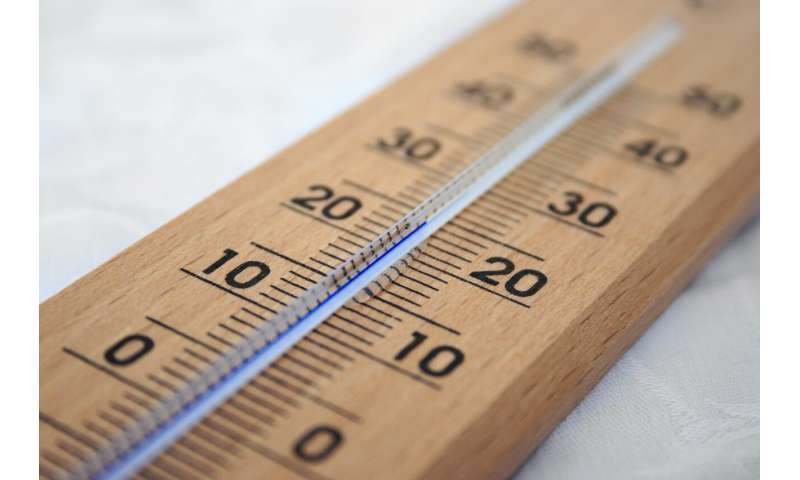 Economists at the University of Massachusetts Amherst and California Polytechnic State University have found that higher temperatures increase emergency department visits for mental illness, suicide rates and self-reported days of poor mental health. Further, the researchers found no evidence of effective adaptation among American populations to these negative effects of heat. They also warn their findings suggest that both warming local climates and increases in extreme heat events will contribute negatively to population mental health.

“Consistently across outcome measures, we find an increasing, quasi-linear relationship between temperatures and mental health,” they write. “Mental health appears to deteriorate with increased temperatures across the range of temperatures considered.”

Noting that “the consistent, increasing nature of our estimates across the full range of temperatures suggests that both warming temperatures and more frequent, high-temperature events will harm mental health everywhere such changes occur and irrespective of current local climate conditions,” Mullins and White also sound the alarm for the potential impact that the warming climate may have on mental health. They also present evidence that heat-disturbed sleep serves as an active channel in the identified temperature-mental health relationship.

Mullins, assistant professor of resource economics at UMass Amherst, and White, assistant professor of economics at Cal Poly, examined ED visits for diagnoses related to mental health in California from 2005-16, and suicides in the U.S. from 1960–2016, as well as daily temperatures for the U.S. over the whole study period. Ultimately, they found that not only did the incidence of negative mental health outcomes increase in response to additional hot days, but that they decreased in response to additional cold days.

For ED visits in California, the authors’ estimates imply that relative to a day in the 60–70 F range, one additional day less than 40 F leads to a 0.39% decrease in the monthly mental health ED visit rate, and that one additional day greater than 80 F leads to a 0.30% increase, or 0.43 fewer and 0.33 more mental health ED visits per 100,000 residents, respectively.

They also found no evidence that any populations have effectively adapted to the negative mental health effects of high temperatures; instead the temperature relationship is stable across time, baseline climate, air conditioning penetration rates, accessibility of mental health services and other factors. They report that their estimates are also quite stable across regions with different climatic norms.

“While it is possible that temperature independently affects both sleep and mental health in a similar manner,” they write, “we argue that this is not likely to be the case as other research documents a strong link between poor sleep and measures of mental health that are unrelated to temperature.