Why stress doesn’t always cause depression 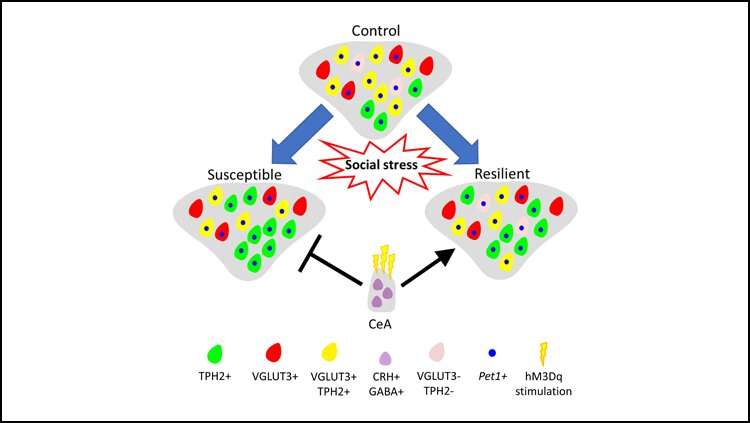 Rats susceptible to anhedonia, a core symptom of depression, possess more serotonin neurons after being exposed to chronic stress, but the effect can be reversed through amygdala activation, according to new research in the Journal of Neuroscience.

Some people are resistant to depression and anhedonia, or lack of pleasure, even when exposed to chronic stress. To measure susceptibility to anhedonia, Prakash et al. trained rats to activate an electrode that stimulated reward circuits in their brain, causing feelings of pleasure. The rats experienced social stress once a day and then were given access to self-stimulation fifteen minutes later. In rats susceptible to anhedonia, the stress dramatically increased the intensity of stimulation needed to feel pleasure, while it had little effect on the resilient rats.

Compared to the resilient rats, the susceptible rats had more serotonin neurons in the ventral part of their dorsal raphe nucleus, an area of the brain involved in regulating stress and reward. This increase is due to the recruitment of non-serotonin signaling neurons. When the researchers activated neurons in the central amygdala to prevent the increase in serotonin signaling, the rats experienced reduced effects from social stress.

Autobiographies about depression offer key information about the illness