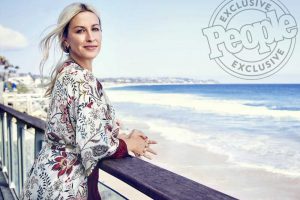 Alanis Morissette is continuing to be candid about her battle with postpartum depression.

In an essay posted to her website on Sunday, the musician — who welcomed her third child, son Winter Mercy, with husband Mario “Souleye” Treadway on Aug. 8 — opened up about how she’s dealing with the condition for the third time, having learned a few tricks from the experiences after her previous pregnancies with her daughter Onyx Solace, 3, and son Ever Imre, 8½.

“I wasn’t sure if i would have post partum depression/anxiety this time around. or, as i like to call it: post partum activity. or, also: post partum tar-drenched trenches. there are so many tentacles to this experience,” began Morissette, 45, going on to list off some of the things she’s currently struggling with: “Hormonal. sleep deprivation. fogginess. physical pain. isolation. anxiety. cortisol.”

“Recovery from childbirth (as beautiful and intense as mine was at home, dream birth.), integrating new angel baby with older angel babies,” she continues. “Marriage. all kinds of PTSD triggers. overstimulation. this body. attempting to crawl back to some semi-recognizable configuration.”

The Jagged Little Pill artist shares that while she has been “great” at “setting boundaries in some areas,” there are other spheres she has been “blind-spot-ty” with, “reaching this point again where the sleeping giants of my survival strategies are being roused.”

Gretchen Rossi, Chrissy Teigen and More Stars Who’ve Opened Up About Their Struggles with Postpartum Depression

As of late, she has felt herself “over-giving. over-serving. over-do-ing. over-over-ing. All lovely qualities without the ‘over.'”

She explains, “At worst: beautiful human qualities that are on 11 in a way that the body ultimately can’t sustain. The #invisibleload with today’s normalized cluttered lifestyle taking on epic proportions.”

That being said, the musician recognizes that she “been here before” and knows “there is another side. and the other side is greater than my PPD-riddled-temporarily-adjusted-brain could have ever imagined: as a mom. as an artist. as a wife. as a friend. as a collaborator. as a leader. as a boss. as an activist.”

“I saw how things got richer after i came through it the last two times. i have my eye on that prize again … even as i drag my a— through the molasses. there is so much more support this time,” Morissette writes. “I knew better so i set it up to win as much as i could beforehand. support. food. friends. sun. bio-identical hormones and SSRI’s at the ready. some parts of the care-prep has been a godsend, and well-planned.”

“But for all of this preparation — PPD is still a sneaky monkey with a machete — working its way through my psyche and body and days and thoughts and bloodwork levels,” she admits, adding that despite the difficulties, “I have stopped, this time, in the middle of it. lord knows i don’t want to miss a thing … with my kids.”

Morissette continues on by promising to “share more specifics once i have my wits back about me,” but for now, she’s expressing her frustration that “this culture is not set up to honor women properly after birth.”

“I see it changing, which is so heartening … but the general way is bereft of the honoring and tenderness and attunement and village-ness that post partum deeply warrants,” the “Ironic” singer says. “The new mom, the new parent(s) is creating the foundation for the circumventing of so much of the pain and divisiveness that we see in the world.”

She continues, “wouldn’t it be cool if we treated all post partum moms and families with this awareness and honor. even if the treadmill of the quickening of our culture didn’t change pace.”

“That there might be a life raft of empathy toward the feminine life-givers who bear it all and give more than words can even begin to touch on,” Morissette concludes, “More soon. i won’t remember typing this. and i am finally realizing that that is entirely ok. so much more to write, soon. i love you. i am here. with you. we’re not alone.” 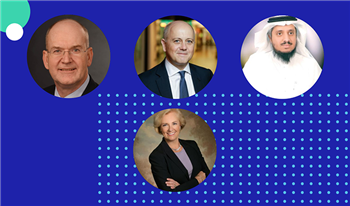