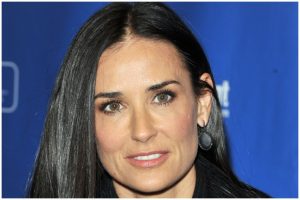 Demi Moore was recently seen at the event In Goop Health Summit where she candidly spoke about the changes that she incorporated in her life during the past seven years. The Ghost actress had to be hospitalized and treated for eating disorder and addiction after she collapsed at her residence back in 2012.

In her conversation with Arianna Huffington and Gwyneth Paltrow, she told about shifting her priorities in the last 7 years to focus on health and the relationships in her life. Moore said she now gives more importance to the people in her life and career has become a second priority. In addition, she mentioned that she doesn’t seek validation anymore from the outside world.

The film star and former model attributes this change in outlook to the incident that happened years ago due to which she had to go through rehab treatment. When Gwyneth asked about the teaching that the other two women give to their daughters while growing up, Moore answered that she works more on herself so that her children can learn by observing her. She also shared that her three daughters are also a source of teaching for her. Explaining further, she added that her kids are more confident, evolved, and unapologetic for the way they are, and it is through them that she keeps on learning.

The panelists also discussed social media and technology as Huffington pointed out the addiction to phones and referred to it as a crisis. She suggested to set limits and emphasized on the need to keep the phones aside and spending more time with the loved ones. Agreeing to this thought, Moore admitted that her daughters were also affected by the negative side of social media which is heart-breaking to see as a parent. In her view, a smartphone is a useful tool which can be used only for good and should not become a center of our world.

Woman says she gets pleasure from being suspended from her skin by metal hooks
'Being, About, after, by, change, Demi, down, health, Her, lifestyle, Moore, Opens, taken, Up
Latest Posts