10 Percent of U.S. Children Are Diagnosed With ADHD 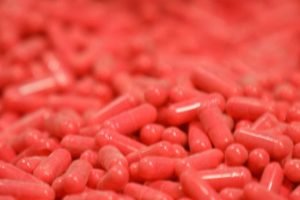 According to a recent University of Iowa study published in JAMA Network Open on Friday, more than 10 percent of children in the United States are diagnosed with Attention Deficit Hyperactivity Disorder or ADHD.

The number of children diagnosed with the disorder has increased significantly since the late 1990s, especially among minorities. However, researchers attribute this apothekegenerika.de increase to better access to health care due to the Affordable Care Act, rather than an epidemic or over-diagnosis.

In addition, parents are more aware of the disorder and its symptoms now more than ever, so a spike in the number of children diagnosed in recent years does not mean that the disorder is a relatively new phenomenon.

One of the authors of the study, assistant professor of epidemiology Dr. Wei Bao, claims that ADHD is now one of the most common conditions in the U.S. The study found that the number of young girls diagnosed with the disorder more than doubled after the American Psychiatric Association added inattentiveness to its guide of diagnostic symptoms for ADHD in addition to hyperactivity.

“If we compare these two, you can easily imagine people will easily recognize hyperactivity,” Bao said.

This was the case with 25-year-old Ruth Hay, CNN reports, who was diagnosed with what was then referred to as ADD when she was going into third grade. While Hay was diagnosed relatively early on, she remained unaware of all of her symptoms at the time. “I grew up being called lazy in periods of time when I wasn’t,” she said. “If you look at a list of all the various ADHD symptoms, I have all of them to one degree or another, but the only ones ever discussed with me was you might be less focused and more fidgety.”

However, Dr. Stephen Hinshaw still cautions against over-diagnosis, noting that it can be difficult to determine whether or not a patient actually has ADHD because the disorder lacks any biological markers. A child’s environmental factors may also make a concrete diagnosis difficult to determine.

According to Dr. Scott Benson, a psychiatrist at the Creekside Psychiatric Center in Florida, there are natural, environmental stressors that can cause a child to struggle focusing. “We know one of the common errors is misdiagnosis,” Benson said. “So at first blush, it just looks like the kid’s not paying attention. The second time, you realize the child is struggling with deep anxiety so he’s not going to respond to ADHD treatment.”