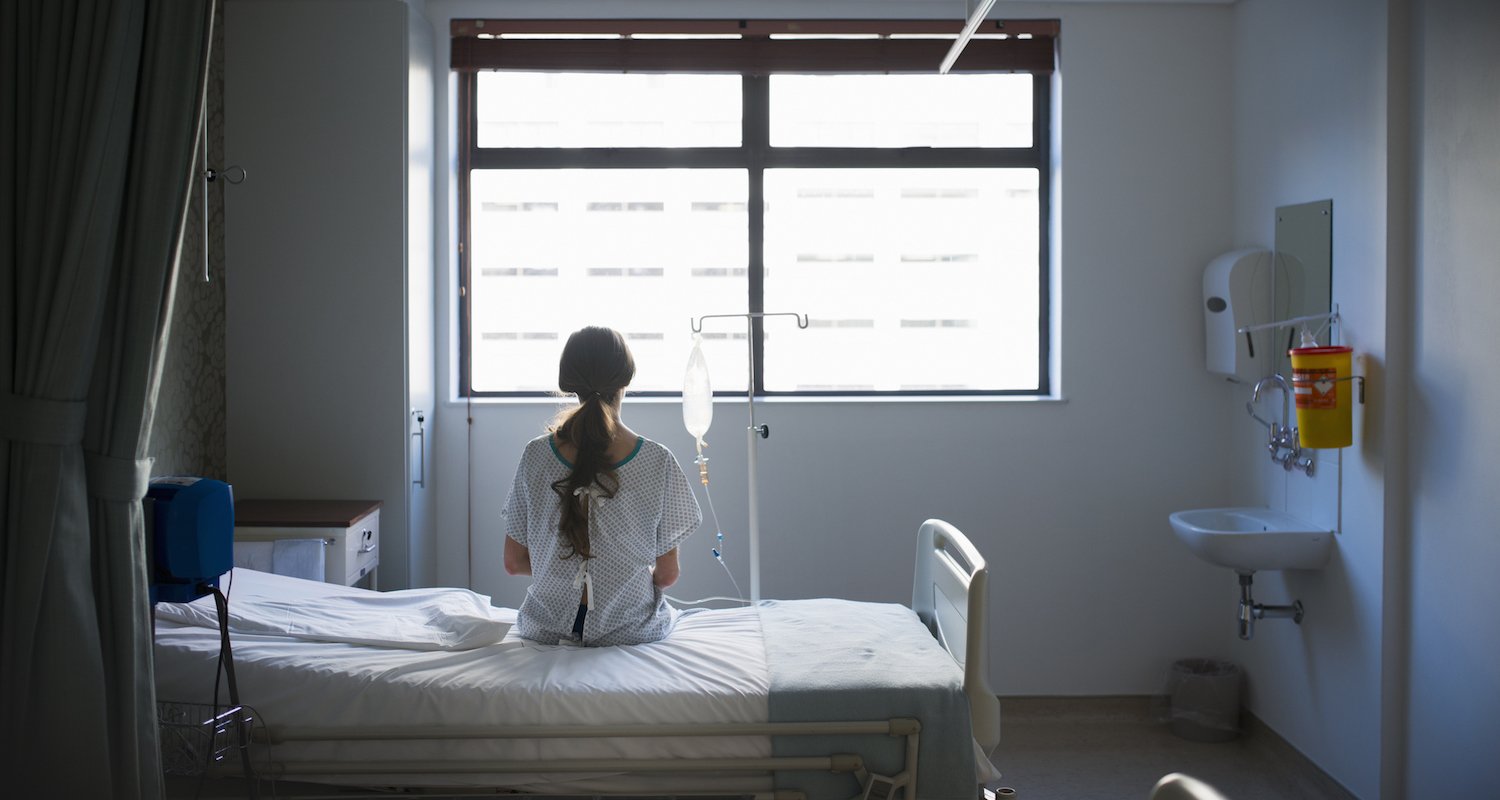 This year more than 6000 women in Australia will be diagnosed with one of the seven gynaecological cancers: ovarian cancer, fallopian tube cancer, cervical cancer, endometrial cancer (also referred to as uterine or womb), vaginal cancer, vulvar cancer and other rarer cancers.

Cervical cancer rates are half what they were before the HPV vaccine was introduced and endometrial cancer is on the rise alongside obesity.

We simply don’t know what to look out for and how to look after ourselves.

The symptoms of gynaecological cancer can be vague and are often experienced by many women throughout our lives:

If any of these happen to you in a way that is unusual or persistent over time, ask your GP for a referral to a Gynaecological Oncologist.

There are so many cultural and social taboos around talking about our intimate parts. In fact, many women can’t even bring themselves to say the words “vulva”, “vagina” or even “uterus”.

Many gynaecological cancers have better survival rates if diagnosed early so ignoring the symptoms can be lethal.

It might be embarrassing and uncomfortable to talk about your gynaecological health but if your symptoms don’t go away, go and see another GP!

Many women visit a GP four or five times with these vague symptoms before finally getting that referral they need. So trust your instincts if you feel something is not right “down there”.

Statistics show that the best survival outcomes are associated with a GP referral to a Gynaecological Oncologist. Find one near you.

Please, don’t ignore the symptoms. A woman never died of embarrassment, but 1743 do each year from gynaecological cancer.

The only vaccine that protects against a gynaecological cancer are the HPV vaccines for cervical cancer.

Over 205 million doses of the HPV vaccine have been distributed worldwide.

Australia is leading the world in HPV prevention with our free national HPV vaccination program, providing three free doses to boys and girls aged 12 to 13 years.

Since the vaccine was first administered in Australia 11 years ago, the rate of HPV infection has halved.

Even if women have been vaccinated, they will still need to have regular cervical screening, because the vaccine does not protect against all types of HPV implicated in cervical cancer.

Cervical cancer is the only cancer for which there is a screening test, and you should be having regular screening even if you have had the HPV vaccine.

The current guidelines are for a pap smear every 2 years. This is a test that looks for abnormal changes to the cells of the cervix, which are often caused by the Human Papillomavirus, which is known to cause cervical, throat, penile and other cancers.

But stay tuned because in December the Australian government is launching a new screening program that requires a test every 5 years. The collection method is the same, but the new test looks for presence of the virus itself so is more accurate. Read more about it here.

Losing weight (along with exercising) is the most important thing a woman who doesn’t smoke can do to prevent cancer. Four in 10 cases of endometrial cancer can be prevented by reducing BMI.

In some cases, knowing whether there is a family history of cancer can indicate a genetic risk factor for cancer, and can make you eligible for gene testing.

We know now that ovarian cancers that are BRCAm positive respond better to some treatments than others.

Ovarian cancer has traditionally been considered as just one type of cancer but recent research has revealed there are seven molecular subtypes, and each is likely to respond differently to different treatments. ANZGOG is doing more research in this area to fast-track improved outcomes for women with ovarian cancer.

Exercise is described quite rightly as the Real Polypill.

We know from the 2010 American College of Sports Medicine Roundtable on Exercise Guidelines for Cancer Survivors that there are benefits to exercise in physical functioning, quality of life, and cancer-related fatigue in several cancer survivor groups. There are increasing studies showing improved survival in breast, bowel and ovarian cancer with increasing physical activity.

The ECHO study by Prof Michael Friedlander and University of Queensland’s Exercise physiologist Sandi Hayes is a Phase III study using exercise during adjuvant chemotherapy for ovarian cancer. Both are looking at the primary outcome whether exercise improves disease free survival.

In NSW your patient’s Primary Care Physician can write an Enhanced Primary Care (EPC) referral that entitles them to five sessions with an ESSA accredited exercise physiologist. This may not be enough to change health behaviour but may get the ball rolling.

It is expected there will be an announcement very soon of a new recommendation that Exercise becomes a standard part of cancer care – watch this space!

Dr Diana Adams is a Medical Oncologist sub-specialising in breast, gynaecological and urological cancers. She has embraced the need for survivorship-care into her routine clinical practice, in particular addressing the role of the metabolic syndrome in reducing the risk of cancer recurrence as well as minimising the late effects of therapy. She has a collaborative practice with a metabolic endocrinologist as well as patients who have participated in an exercise intervention post treatment at the University of Western Sydney. Diana is an active member of the ANZGOG Research Advisory Committee and an ambassador for the Save The Box campaign.

“As a clinician I see new treatments being found in other cancers and see the patients doing so much better thanks to research outcomes. I want to see even more research happening in gynaecological cancers.”