A new drug could strip pancreatic cancer of its defenses 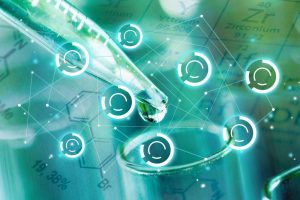 According to the National Cancer Institute (NCI), in 2018, there will be around 55,440 new cases of pancreatic cancer and about 44,330 deaths related to this type of cancer in the United States.

It is the fourth leading cause of cancer-related deaths worldwide.

However, pancreatic ductal adenocarcinoma is highly resistant to chemotherapy, which renders the survival rates for this cancer dishearteningly low. Its 5-year survival rate, as reported by the NCI, is only 8.5 percent.

It is also fast-growing and highly aggressive, as its interaction with a type of fat-storing cell known as stellate cells ultimately allows the cancer to progress and spread to other parts of the body.

Over the past few years, scientists at the Cedars-Sinai Medical Center in Los Angeles, CA, have been developing a drug to block pancreatic ductal adenocarcinoma’s resistance to therapy, thereby allowing cancer treatments to effectively destroy tumors.

Recently, they report in the study paper now published in the journal Gastroenterology, they demonstrated that this new drug is effective in mouse models of pancreatic cancer.

In the future, they aim to see if it is safe and just as effective in humans.

Survival increased by 50 percent in mice

Over a period of 4 years, the researchers — led by Dr. Mouad Edderkaoui — worked assiduously to try to synthesize a compound that would be able to halt the activity of pancreatic cancer cells. This way, they developed a new drug that they named Metavert.

Metavert, they found, is able to inhibit pancreatic ductal adenocarcinoma cells’ resistance to chemotherapy. Moreover, it boosts the effect of radiotherapy used in combination with two common chemotherapy drugs: paclitaxel and gemcitabine.

Furthermore, when the researchers used it in a mouse model of pancreatic cancer, Metavert increased the rodents’ survival rates by approximately 50 percent.

“I’ve seen patients who respond to therapy for a while, and then the disease takes off because the cancer becomes smart — it blocks chemotherapy from working,” says senior study author Dr. Stephen Pandol. “Metavert targets that action,” he explains.

Right now, the investigators are working on further improving the newly developed drug with the aim of eventually testing it in humans.

“If the results are confirmed in humans, we could have a drug with the potential to significantly extend the lives of patients with pancreatic ductal adenocarcinoma […], which is very difficult to treat.”

Could Sex Be Better After Having a Baby? This Is What New Moms Say
a, cancer, could, defenses, drug, It's, new, of, pancreatic, strip
Latest Posts