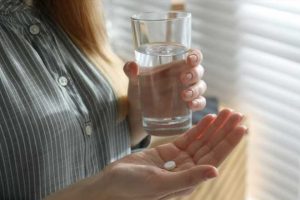 A group of care providers have written to the government about their concerns.

Abortion services “will not cope” if the government withdraws the option for women to have at-home terminations in the early stages of pregnancy, a group of the UK’s leading abortion care providers have warned.

Rules outlining the provision – which was introduced by the then-health secretary Matt Hancock during the early stages of the pandemic – are due to run out on 30 March, but the government is currently deciding whether or not to continue the service following a public consultation carried out last year.

And now, in the lead-up to that decision, providers have written to the government to warn of the “disastrous” consequences removing this provision could have.

“Without the option of telemedicine for those who need or prefer it, we would see a very serious escalation in waiting times and staffing pressures,” it continued.

“To deliberately force services to run in a manner which is less efficient, when there is no clinical or ethical reason to do so, seems to us to be both indefensible and inexplicable.”

The letter also warned that revoking the provision would reduce access to abortion for vulnerable women, including those who are victims of domestic abuse.

The letter also warned that revoking the provision would see the number of women needing abortion care post-20 weeks increase by 43%, and reduce access to abortion for vulnerable women, including those who are victims of domestic abuse.

In a statement, Clare Murphy, chief executive of BPAS, said: “We cannot be clearer – services will not cope if our ability to provide early abortion care for women at home is removed. Telemedical abortion care is safe, effective and preferred by many women.”

“All NHS services are under huge strain as a result of the pandemic, and abortion care is no different – with unprecedented numbers of staff self-isolating or absent due to illness.

“Women will face significantly longer waits to treatment if their access to telemedical care is withdrawn by government and will need later procedures as a result – and this when services are least able to provide them, pushing up gestations even further.”

Murphy explained that, while abortion is safe at any stage of pregnancy (and is considerably safer than carrying a pregnancy to term), the earlier it can be given is better for a woman’s “physical and mental health”.

She continued: “The UK led the way in introducing telemedical abortion care at home at the start of the pandemic, and many countries – including the US – have followed suit. We should be proud of what we have been able to provide for women. It would be a travesty if it were withdrawn.”

As previously reported by Stylist, research indicates that legal home abortions have been a positive force in England since they were introduced in 2020.

One study of 1,200 women published in the journal BMJ Sexual & Reproductive Health showed that eight out of 10 patients preferred to access abortion telemedicine during the pandemic. And two-thirds of the women surveyed said they would choose to have an abortion at home if they needed to terminate another pregnancy, even without the threat of Covid-19.