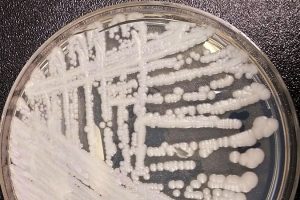 Medicinal and recreational marijuana use has become common across the country, warranting greater awareness among clinicians about any potential adverse effects of marijuana on brain health, a new American Heart Association (AHA) scientific statement concludes.

The existing evidence base of preclinical and clinical research suggests that marijuana use may have a harmful effect on the brain, although the specific adverse effects have not been well defined, the statement authors says.

Fernando D. Testai, MD, PhD, professor of neurology and rehabilitation at the University of Illinois Chicago, led the writing panel for the statement, published online February 10 in Stroke.

Numerous research studies challenge the idea that marijuana use is harmless, and instead demonstrate that cannabis, especially Δ9-tetrahydrocannabinol (THC), has adverse effects on brain health, Testai and colleagues note.

“Social media tends to overemphasize the beneficial effects of marijuana. However, its ultimate effect on brain health is still to be established. Physicians should provide periodic and unbiased education to their patients about the known and unknown ramifications of consuming cannabinoids,” Testai said.

Findings collected from animal studies demonstrate that THC interferes with normal development of signaling pathways and hinders synaptic plasticity. The authors also point out that these studies show connections between neurons are affected in the short-term, whereas in the long-haul, this contributes to changes in how neuronal networks work.

“Personally, the most striking point is the epidemiological data that indicate that the use of marijuana is widespread in the general population, and this starts early in life, particularly during adolescence,” Testai told theheart.org | Medscape Cardiology.

Testai also noted that pregnant women are using cannabis for nausea and vomiting. Other data on prenatal exposure to cannabis shows that THC hinders the signaling mechanism of the endocannabinoid system during development and ontogenesis, which ultimately leads to abnormal neurotransmission.

“Prenatal THC affects neuroanatomic areas associated with cognition and emotional regulation, including the prefrontal cortex, limbic system, and ventral tegmentum of the midbrain,” the researchers added.

The writing panel also found that marijuana use had effects on human cognition:

The statement also addresses studies assessing the effects of marijuana use on cerebrovascular risk and disease, which show:

Looking ahead, public-health initiatives are needed to increase awareness among the public about the negative effects of marijuana use. Other efforts may include setting standards regarding the concentrations of biologically active ingredients and warning notices on available formulations, the group concludes.

The document was prepared on behalf of the AHA Stroke Brain Health Science Subcommittee of the Stroke Council; Council on Arteriosclerosis, Thrombosis and Vascular Biology; Council on Cardiovascular and Stroke Nursing; Council on Lifestyle and Cardiometabolic Health; and Council on Peripheral Vascular Disease.

The American Academy of Neurology “affirms the value of this statement as an educational tool for neurologists,” the document notes.

Ashley Lyles is an award-winning medical journalist. She is a graduate of New York University’s Science, Health, and Environmental Reporting Program. Previously, she studied professional writing at Michigan State University, where she also took premedical classes. Her work has taken her to Honduras, Cambodia, France, and Ghana and has appeared in outlets like The New York Times Daily 360, PBS NewsHour, The Huffington Post, Undark, The Root, Psychology Today, Insider, and Tonic (Health by Vice), among other publications.