As we get parched, cognition can easily sputter, dehydration study says 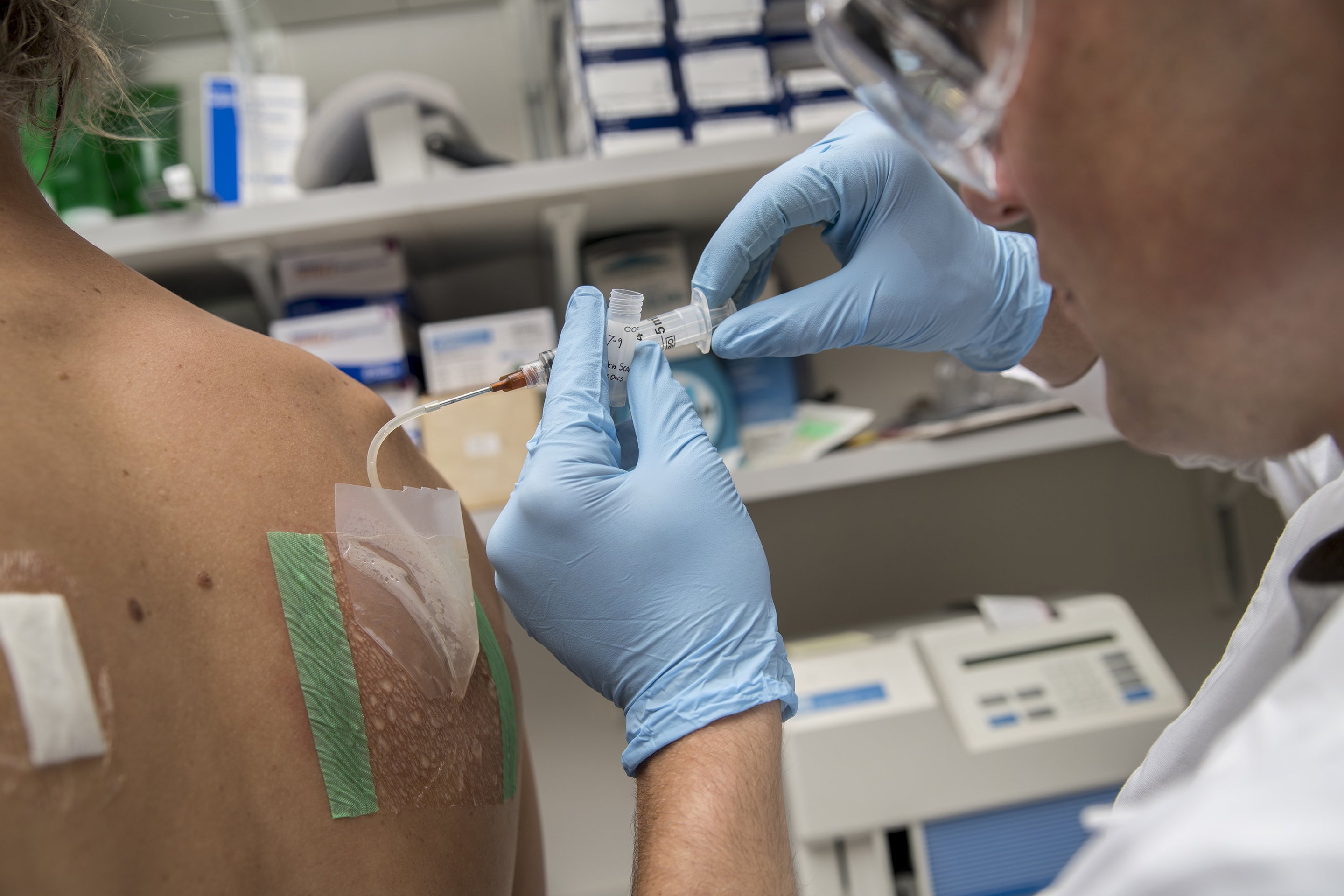 Anyone lost in a desert hallucinating mirages knows that extreme dehydration discombobulates the mind. But just two hours of vigorous yard work in the summer sun without drinking fluids could be enough to blunt concentration, according to a new study.

Cognitive functions often wilt as water departs the body, researchers at the Georgia Institute of Technology reported after statistically analyzing data from multiple peer-reviewed research papers on dehydration and cognitive ability. The data pointed to functions like attention, coordination and complex problem solving suffering the most, and activities like reacting quickly when prompted not diminishing much.

“The simplest reaction time tasks were least impacted, even as dehydration got worse, but tasks that require attention were quite impacted,” said Mindy Millard-Stafford, a professor in Georgia Tech’s School of Biological Sciences.

As the bodies of test subjects in various studies lost water, the majority of participants increasingly made errors during attention-related tasks that were mostly repetitive and unexciting, such as punching a button in varying patterns for quite a few minutes. There are situations in life that challenge attentiveness in a similar manner, and when it lapses, snafus can happen.

“Maintaining focus in a long meeting, driving a car, a monotonous job in a hot factory that requires you to stay alert are some of them,” said Millard-Stafford, the study’s principal investigator. “Higher-order functions like doing math or applying logic also dropped off.”

The researchers have been concerned that dehydration could raise the risk of an accident, particularly in scenarios that combine heavy sweating and dangerous machinery or military hardware.

Millard-Stafford and first author Matthew Wittbrodt, a former graduate research assistant at Georgia Tech and now a postdoctoral researcher at Emory University, published their meta-analysis of the studies in the latest edition of the journal Medicine & Science in Sports & Exercise.

It can happen quickly

There’s no hard and fast rule about when exactly such lapses can pop up, but the researchers examined studies with 1 to 6 percent loss of body mass due to dehydration and found more severe impairments started at 2 percent. That level has been a significant benchmark in related studies.

“There’s already a lot of quantitative documentation that if you lose 2 percent in water it affects physical abilities like muscle endurance or sports tasks and your ability to regulate your body temperature,” said Millard-Stafford, a past president of the American College of Sports Medicine. “We wanted to see if that was similar for cognitive function.”

The researchers looked at 6,591 relevant studies for their comparison, then narrowed them down to 33 papers with scientific criteria and data comparable enough to do metadata analysis. They focused on acute dehydration, which anyone could experience during exertion, heat and/or not drinking as opposed to chronic dehydration, which can be caused by a disease or disorder.

One day to lousy

How much fluid loss adds up to 2 percent body mass loss?

“If you weigh 200 pounds and you go work out for a few of hours, you drop four pounds, and that’s 2 percent body mass,” Millard-Stafford said. And it can happen fast. “With an hour of moderately intense activity, with a temperature in the mid-80s, and moderate humidity, it’s not uncommon to lose a little over 2 pounds of water.”

“If you do 12-hour fluid restriction, nothing by mouth, for medical tests, you’ll go down about 1.5 percent,” she said. “Twenty-four hours fluid restriction takes most people about 3 percent down.”

And that begins to affect more than cognition or athletic abilities.

“If you drop 4 or 5 percent, you’re going to feel really crummy,” Millard-Stafford said. “Water is the most important nutrient.”

She warned that older people can dry out more easily because they often lose their sensation of thirst and also, their kidneys are less able to concentrate urine, which makes them retain less fluid. People with high body fat content also have lower relative water reserves than lean folks.

Hydration is important, but so is moderation.

“You can have too much water, something called hyponatremia,” Millard-Stafford said. “Some people overly aggressively, out of a fear of dehydration, drink so much water that they dilute their blood and their brain swells.”

This leads to death in rare, extreme cases, for example, when long-distance runners constantly drink but don’t sweat much and end up massively overhydrating.

As the keto diet gains popularity, scientists explain what we do and don’t know