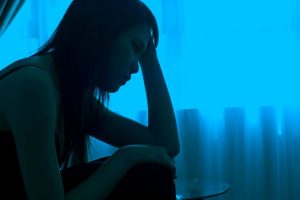 In clinical management of depression, combining a reuptake inhibitor with presynaptic alpha2-autoreceptors significantly improves treatment outcomes, compared with monotherapy, a meta-analysis found. Clinicians should consider this approach as a viable first-line treatment for severe depression and for nonresponders, a team of German researchers concluded.

The findings were published online Feb. 16 in JAMA Psychiatry.

Studies that followed yielded mixed results. One randomized controlled trial (RCT) showed signs of substantial superiority when antidepressants were combined; another report from Japan only demonstrated a modest effect, said Christopher Baethge, MD, senior author of the meta-analysis, in an interview. Another recent trial showed better efficacy with monotherapy.

“In our view, this diverse field of trials suggested a reassessment. Specifically, we wanted to find out whether certain combinations are effective whereas others are not,” said Baethge, a professor of psychiatry at the University of Cologne (Germany).

Combing through Embase, PsycINFO, and the Cochrane Central Register of Controlled Trials, the investigators selected RCTs that compared combinations versus monotherapy antidepressants in adult patients with acute depression. The meta-analysis did not include studies on bipolar depression or maintenance therapy. It also didn’t include comorbid medical conditions and concomitant diagnoses of other psychiatric disorders as exclusion criteria.

Treatment efficacy measured as standardized mean difference (SMD) between combination and monotherapy was the primary outcome. Other outcomes included the percent of patients in remission after either treatment course or the percentage of patients stopping drug therapy.

Among 39 trials and 6,751 patients included in the analysis, 38 of the trials provided data on the primary outcome.

Combination treatments yielded more superior outcomes, compared with monotherapy (SMD, 0.31; 95% confidence interval, 0.19-0.44). Greater efficacy in the combination approach was indicated in 82% of the studies. This finding also held up when the analysis was restricted to low risk of bias trials, applied as a first-line treatment, and among nonresponders.

In the separate analysis, presynaptic alpha2-autoreceptors did a better job than monotherapy as a first-line treatment and when applied to nonresponder populations. In comparison, bupropion combinations did not outperform monotherapy.

It’s possible that in combinations, “alpha2-autoreceptors effectively counteract, through sedation, the restlessness and agitation that many patients find troublesome when taking monoamine-reuptake inhibitors. Similarly, they may help against sexual dysfunction associated with reuptake inhibitors,” Baethge suggested.

Combining treatments did not yield more dropouts or adverse events than monotherapy. “It may thus be a safe treatment alternative when compared with other second-step strategies in treatment-resistant depression, such as augmenting monotherapy with lithium or atypical psychotic,” the investigators concluded.

Looking at this study’s limitations, the multiple clinical trials examined in a meta-analysis often have different designs, definitions of response and control groups, and use different rating scales, noted Henry A. Nasrallah, MD, professor of psychiatry, neurology, and neuroscience at the University of Cincinnati, who was not involved in the study.

Some publication bias was found but overall the results kept their integrity across secondary outcomes and subgroup and sensitivity analyses.

The hope is these results will help clinicians choose more promising combinations, such as presynaptic alpha2-autoreceptor antagonists with SSRIs or SNRIs, as opposed to combinations that are less helpful or haven’t gone through an RCT, said Baethge.

The findings on tolerability may also encourage some clinicians to consider these combinations, especially if they’ve favored less evidence-based approaches such as switching drugs or increasing the dose, he said.

Polypharmacy is often viewed as undesirable or leading to more side effects, noted Nasrallah. However, “the combination of a reuptake inhibitor plus an alpha2–presynaptic receptor antagonist like mirtazapine, can actually improve tolerability compared to monotherapy antidepressant because their mechanisms of action offset the side effects while increasing efficacy,” he said.

“Finally, although sedation is a side effect of both mirtazapine and trazodone, that can be helpful for patients with difficulty falling asleep, which is common in major depression,” added Nasrallah.

Baethge and Nasrallah had no disclosures. Henssler received a research grant from the German Federal Ministry of Education and Research.