Home » Health News » Cystic fibrosis: Why so many respiratory complications? 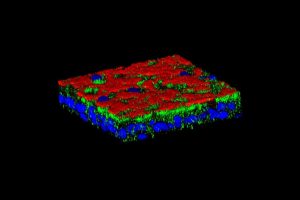 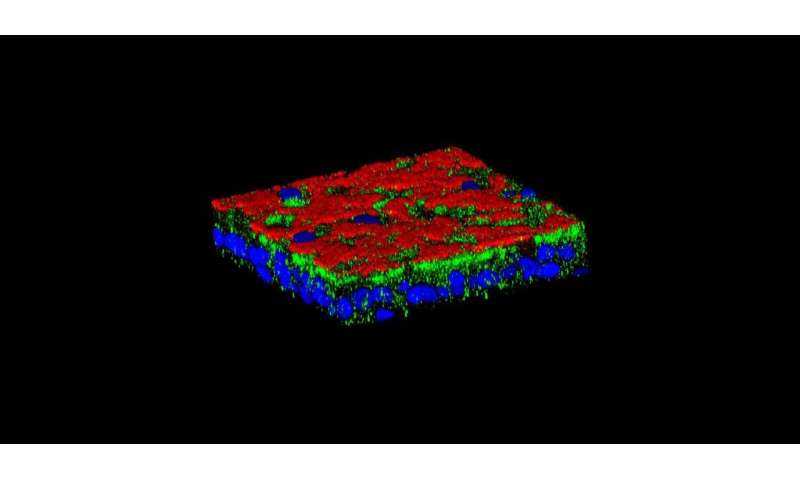 Cystic fibrosis, one of the most common genetic diseases in Switzerland, causes severe respiratory and digestive disorders. Despite considerable therapeutic advances, this disease still reduces life expectancy, in particular due to life-threatening respiratory infections.

Scientists from the University of Geneva (UNIGE) have discovered the reason for this large number of lung infections: a protein, Vav3, promotes infections by creating a ‘bacterial docking station’ on airways’ surface. Inhibiting this protein might prevent bacteria from docking on airways’ surface and causing recurrent infections. These results, published in the journal Cell Reports, pave the way for interesting therapeutic prospects for limiting respiratory complications in people with cystic fibrosis.

Cystic fibrosis stems from mutations in the gene responsible for a protein that participates in the secretion of mucus, making it abnormally thick. The alteration of this single gene leads to severe respiratory and digestive problems and limits both life quality and life expectancy of those affected. In lungs for example, hyperviscous mucus stagnates and obstructs airways.

Mucus accumulation does not only obstruct airways, it also promotes persistent lung infections. Despite major therapeutic advances, these lung infections remain frequent and serious. They are mostly due to a bacterium known for its resistance to antibiotics, Pseudomonas aeruginosa. “While it is known that mucus viscosity plays a role in trapping bacteria, the reason why they anchor so easily to airways was unknown,” explains Marc Chanson, Professor at the Department of Cell Physiology and Metabolism of the Faculty of Medicine of the UNIGE. “Anchoring of Pseudomonas aeruginosa to airways’ cells is the starting point for these often fatal infections. Understanding this process could help preventing their occurrence.”

UNIGE researchers compared airway cells from sick people with healthy cells. “The whole project began when we found that the protein Vav3, which had not been shown to be involved in this disease until now, was over-expressed in sick cells,” enthuses Mehdi Badaoui, researcher in Prof. Marc Chanson’s team and first author of this work. After numerous in vitro analyses, scientists discovered the key role of this protein: it directs the construction of a true bacterial docking station. In concrete terms, Vav3 forces two other proteins, fibronectin and integrin b1, to associate with it on cell surface and create a complex that promotes Pseudomonas aeruginosa infections. “This is the first time that a mechanism creating a favorable microenvironment for a bacterium before it even arrives has been observed,” says Marc Chanson. “This might explain the high number of chronic lung infections in people with cystic fibrosis.”

Why do my eyes water so much?

Why the ‘quarantine 15’ conversation can be so harmful
complications, cystic, fibrosis, Many, respiratory, So, Why
Latest Posts