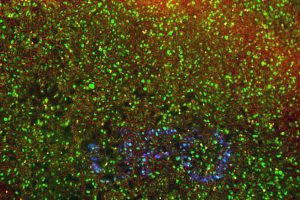 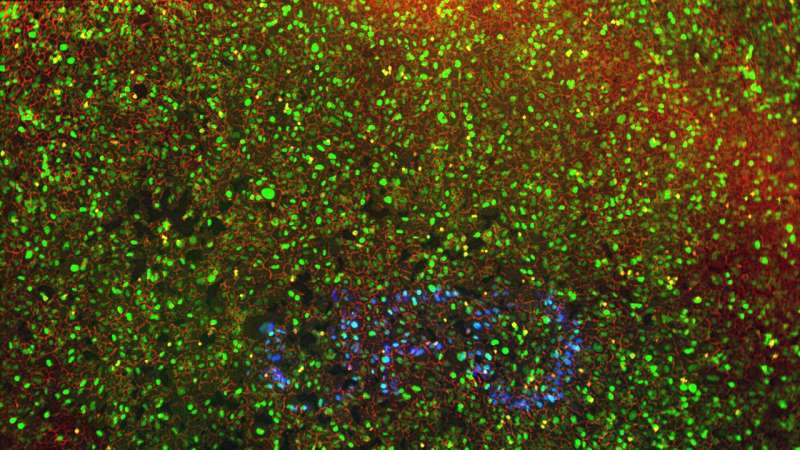 Metastases in cancer are often caused by a few abnormal cells. These behave more aggressively than the other cancer cells in a tumor. Miao-Ping Chien and Daan Brinks, from two different universities, are working together on a method to detect these cells. Their research has now been published in Nature Biomedical Engineering.

A patient diagnosed with cancer has increasingly better prospects nowadays because the medicines are becoming more effective. However, one risk remains. Even after the tumor has shrunk, it can start growing again after a while and spread to other organs. This aggressive spread through the body is usually caused by a small group of cells. “These cancer stem cells behave differently from other cells and therefore have a significant impact on cancer recurrence,” says Miao-Ping Chien of Erasmus MC, who works closely with Daan Brinks of TU Delft. Their collaboration is a cross-pollination between two multidisciplinary labs located just fifteen kilometers apart. Brinks says, “It’s easy to just jump on the bike or in the car to get to the other lab to do a few more tests at the end of the day.” What is special about their story is that they are not just colleagues but also partners. The couple came to the Netherlands together to join forces in cancer research.

Detecting a few cells that behave differently in a tumor has been a major challenge in the field of cancer research for many years. Chien says, “We’ve known that they’re there for a long time, but the Holy Grail is to be able to sequence precisely those cells, to find out their DNA and RNA content. Merely examining the outside of the cell is not enough for these special cells. Although certain characteristic substances can be found there, the so-called biomarkers, these are quite changeable in such an aggressive cell.” To know how those cells really work, Chien and Brinks need to decipher the genetic sequence. This makes it easier to determine how these cells work and also how they can be destroyed. Determining the genetic profile of cells has been possible for some time now, but determining the profile of individual cells has only been possible for a few years.

Chien and Brinks had to combine a whole range of techniques to be sure they had got the right cells. By working with two labs to piece together and fine-tune a complicated process, it is now possible to detect aggressive cancer cells, light them up, separate them from the other cells and then determine the RNA sequence. “The first question was: how do these aggressive cells behave? For example, we know that they move around more than other cells. And that they don’t split up into two cells, as in normal cell division, but into three or four cells,” explains Chien. So she had to look for such cells in a biopsy specimen, that is, a piece of cancer tissue.

Imaging, lighting up and analyzing

The two researchers needed a microscope that could image a very large number of cells simultaneously as well as software to analyze the images. Together with the people working in their labs, they developed a microscope that continuously studies the images and “sees” which cells are exhibiting abnormal behavior. This behavior of aggressive cancer cells unfolds within a time scale of minutes to hours, but analyzing this behavior needs to be done much faster. “After all, you don’t want the detected cells to have already moved again,” Brinks explains. The microscope directs a light beam onto the detected aggressive cancer cells. The cells light up because the tissue has been treated with a special substance in advance. Next, the lit-up cells are selected and these are now ready for RNA sequencing and analysis. They only need a few to a few hundred cells.

“We can now determine the genetic profile of the aggressive cancer cells. This was not so easy to do at first, because you have to deal with all the challenges of imaging, selecting and determining the RNA sequence in one go. Everything in the process has to work properly,” says Chien.

“And if you know what’s going on in those cells, you can develop medicines based on that. We’ve succeeded in discovering a mechanism within a few months, whereas others needed quite a few years with the existing techniques. We just happened to come out with it at about the same time. Maybe, with our method, it can eventually be done within a few weeks.”