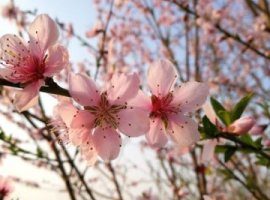 Mutation rates are proposed to be a pragmatic balance struck between the harmful effects of mutations and the costs of suppressing them; this hypothesis predicts that longer-lived body parts and those that contribute to the next generation should have lower mutation rates than the rest of the organism, but is this the case in nature? New research publishing April 9 in the open-access journal PLOS Biology from Long Wang, Dacheng Tian, Sihai Yang and colleagues from Nanjing University, China along with Laurence Hurst from the Milner Centre for Evolution at the University of Bath, UK, now provide the first test of the generality of these ideas by looking in plants.

While new mutations in DNA are the fuel for evolution, most of them are bad for you — some can indeed cause cancer or genetic disease. Because of this, natural selection usually acts to reduce the mutation rate. But preventing mutations from happening is costly, so one might expect that the extent of mutation limitation depends on a balance between the future impact of any mutation and the costs of preventing mutation.

This hypothesis predicts, for example, that in animals the cells that contribute to sperm and eggs (germline cells) should have a lower mutation rate than ones that don’t (somatic cells), as the latter don’t have an evolutionary future, just a short-term future in the body they find themselves in. We take our somatic mutations with us to our grave, but our germline mutations can live on in our sons and daughters. Similarly, short-lived organisms would be expected to have a higher mutation rate in their somatic cells than longer lived organisms. These ideas are hard to test but limited data from animals are currently supportive.

Unlike animals, plants may not have a well-defined germline, so the researchers reasoned that cells in plant stems should have a lower mutation rate than in roots, as the latter has no prospect of giving rise to seeds. Similarly, leaves might have lower mutation rates than petals, as petals are so short-lived. Also branches that had grown over one growing season should have the same mutation rate. By sequencing over 750 genomes from 8 different plant species the authors find that all three predictions are upheld.

Closer examination of the differences between roots and shoots further reinforced this conclusion; the team noticed that the ratio of the number of mutations in shoots to that in roots was higher for long-lived (perennial) species than for species with just one growing season before they die (annuals). This made perfect sense when they also discovered that mutations in the shoots of annuals are very rarely transmitted to the next generation, while the same is not true for perennials. Thus, the greater the future prospects of mutations in stems, the lower the relative mutation rate.

Another observation that at first appeared odd, turned out to be the exception that proves the rule. Strawberry plants send out runners that can then sprout new plants. At first sight, the runners might be expected to have a low rate of mutation accumulation, as all new plants — and hence seeds — come from the runner. But the researchers found that runners have a rather high rate compared to the plants that sprout from them. By tracking mutations, they worked out why this is: most cells of the runner never develop into the new plants, making the bulk of runner more like root than shoot. If we want to know if plants ever have a germline — itself a contentious question — this system, they suggest, would be a great model organism.

Before concluding that the theory works, the team also caution that there is probably more to mutation rate variation than the potential longevity of mutations. Prior evidence had suggested that just stressing plants can increase the mutation rate. The team also observed that if we grow plants artificially in the lab they have much higher mutation rates than field-grown comparators. The mutation rate, they suggest, is possibly fragile and easily affected by local conditions. Indeed, the authors caution that the difference between petal and leaf may reflect nothing more than different microenvironments rather than necessarily natural selection shaping the mutation rate. Either way, the new evidence points to the possibility that plants don’t have one mutation rate but many. How these different rates of mutation accumulation in different body parts comes about has yet to be resolved.

Professor Hurst commented, “This confirmation of the theory potentially has relevance to many fields but especially to understanding cancers. Cancers develop in older individuals in all mammals, but this means that mice develop tumours aged 2, we get them around 50 and blue whales much later. Our results support the idea that one of the reasons for this trend is that different species have different mutations rates with longer lived species investing more into keeping their somatic mutation rate down. Helping us to do this would be a sensible preventative measure.”