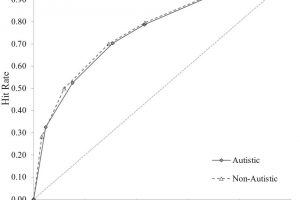 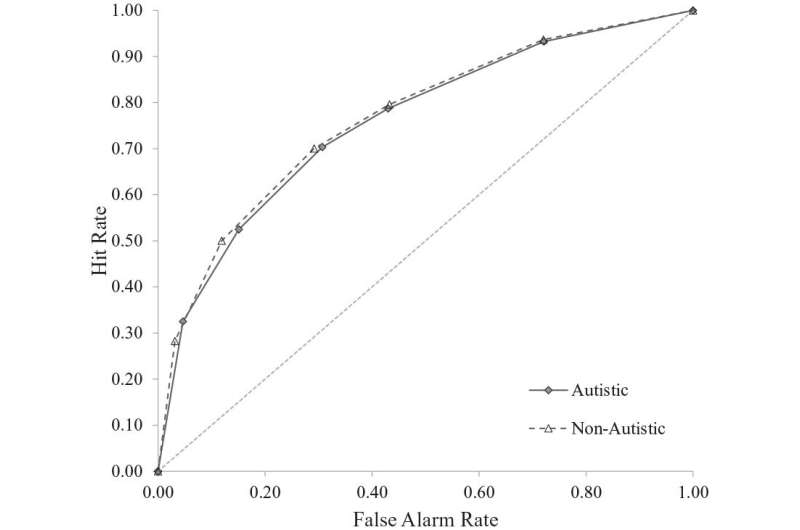 Difficulty in recognizing dodgy behavior or not being able to predict someone has bad intentions has often been argued as the reason people with autism can become unwittingly ensnared in crimes.

However, new research from Flinders University has now found adults with autism aren’t any less likely than non-autistic people to detect dodgy behavior. Instead, the researchers found difficulty in reading someone’s intentions was associated with a poorer detection of dodginess for both autistic and non-autistic people.

“This is what is likely to be exploited by an unscrupulous person to lure someone into committing a crime,” says study lead author Professor Neil Brewer, Matthew Flinders Distinguished Emeritus Professor of Psychology in the College of Education, Psychology and Social Work.

“We each have a characteristic called ‘theory of mind’—a term used to describe the ability to take the perspective or read the mind of others. If you’re at risk of being lured into criminal activity or victimized by someone you’re interacting with, it is imperative that you recognize the partner’s intentions and adapt accordingly.

“In the case of autism, however, poorly developed theory of mind has long been considered a core trait and it has often been cited in clinical reports and legal arguments focusing on autism-specific influences on involvement in criminal activity.”

The authors say despite ongoing discussions around whether autistic adults are especially vulnerable to crime, there is very little scientific evidence that exists to support such a link.

Published in the journal Autism, Professor Brewer and his colleagues examined over 100 autistic and non-autistic adults and tested their ability to detect dodgy behavior using a series of scenarios.

The results showed there was no difference in the two groups ability to detect or report dodginess but those with autism performed more poorly, on average, than non-autistic people on a measure of theory of mind (or mind reading ability).

Furthermore, the study showed there were two individual characteristics that were independently and significantly associated with the detection of dodginess: theory of mind and IQ.

“This highlights that there are two characteristics that may well increase the likelihood of individuals becoming unwittingly enmeshed in dodgy activities—regardless of whether they are autistic or not,” says Professor Brewer.

However, the researchers say this doesn’t rule out the idea that someone with autism may more easily be able to be lured into criminal activity.

“For one, our research shows a sub-group of autistic adults who are particularly likely to struggle with theory of mind,” says Professor Brewer.

“These difficulties are also likely to be exacerbated by other autistic characteristics: such as when the individual is presented with an opportunity to pursue some intense special interest or perhaps cement a much sought-after social connection.

“Furthermore, while difficulty discriminating dodgy behaviors may not be unique to autism, theory of mind difficulties can have particular harmful consequences when those with autism are erroneously suspected of criminal activity and are then unable to articulate information that would allay suspicion.”

The authors highlight that while real life interactions differ from the dodginess detection situations used in the study, it opens up further avenues to explore.

“While it is interesting to highlight that theory of mind, not necessarily unique to those with autism, can make someone vulnerable to crime, more research is needed to further understand how detecting cues to dodgy behavior will inevitably lead to involvement in criminal behavior,” says Professor Brewer.

The paper, “Detecting dodgy behavior: The role of autism, autistic traits and theory of mind,” by Neil Brewer, Carmen A Lucas, Alliyza Lim and and Robyn L Young, is published in the journal Autism.