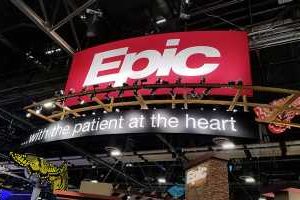 Electronic health record giant Epic Systems has been notifying customers that it no longer plans to pursue integrations with Google Cloud, and will instead focus on integrating into platforms offered by Amazon Web Services and Microsoft’s Azure service, according to a report from CNBC.

That report notes that “insufficient interest” from Epic customers in Google is behind the decision to focus efforts instead with those cloud competitors.

He added that “scalability, reliability, and security are important factors we consider when evaluating these underlying technologies,” and said the company prioritizes, “infrastructure the Epic community uses today and is likely to use in the future.”

A report in The Wall Street Journal earlier this month noted that Cerner, Epic’s chief rival in the digital medical records space, which has also chosen AWS for its cloud storage needs, made the choice despite being offered “$250 million in discounts and incentives” from Google.

Cerner has since expanded its relationship with AWS, designating it as a preferred artificial intelligence and machine learning provider and aiming to migrate its core applications to AWS.

Google has also been on the defensive for months following the news that the company had teamed up with Ascension Health in a data sharing deal that raised industry eyebrows and data privacy and security concerns.

“The press has made this into something that it’s not,” Feinberg said. “This is not us mining somebody’s records to sell ads, to learn from it, to do machine learning, to develop products. We developed this on de-identified data. We brought this to Ascension. We’re piloting with them.”

While Google apparently signed a business associate agreement with Ascension, and the scope of the data sharing appears to be in line with HIPAA allowances, there are still many questions about how the patient information is being put to use.

Nathan Eddy is a healthcare and technology freelancer based in Berlin.
Email the writer: [email protected]
Twitter: @dropdeaded209