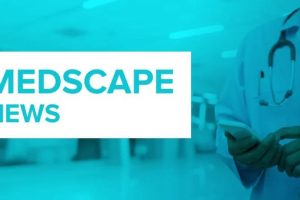 The Canadian Task Force on Preventive Health Care recommends against the routine screening of all pregnant and postpartum women for depression using a standard questionnaire, according to its new guideline.

The basis for its position is the lack of evidence that such screening “adds value beyond discussions about overall well-being, depression, anxiety, and mood that are currently a part of established perinatal clinical care.

Instead, the task force emphasizes regular clinical care, including asking patients about their well-being and support systems. The task force categorizes the recommendation as conditional and as having very low-certainty evidence.

The recommendation was published July 25 in CMAJ.

The task force is an independent panel of clinicians and scientists that makes recommendations on primary and secondary prevention in primary care. A working group of five members of the task force developed this recommendation with scientific support from Public Health Agency of Canada staff.

In its research, the task force found only one study that showed a benefit of routine depression screening in this population. This study was a randomized controlled trial conducted in Hong Kong. Researchers evaluated 462 postpartum women who were randomly assigned to receive screening with the Edinburgh Postnatal Depression Scale (EPDS) or no screening 2 months post partum.

“We found the effect of screening in this study to be very uncertain for the important outcomes of interest,” said Lang.

“These included parent–child stress, marital stress, and the number of infant hospital admissions. The effects of screening on all of these outcomes were very uncertain, mainly because it was such a small trial,” he said.

The task force also assessed how pregnant and postpartum women feel about being screened. What these women most wanted was a good relationship with a trusted primary care provider who would initiate discussions about their mental health in a caring atmosphere.

“Although they told us they liked the idea of universal screening, they admitted to their family doctors that they actually preferred to be asked about their well-being, [to be asked] how things were going at home, and [to have] a discussion about their mental health and well-being, rather than a formal screening process. They felt a discussion about depression with a primary healthcare provider during the pregnancy and postpartum period is critical,” said Lang.

Thus, the task force recommends “against instrument-based depression screening using a questionnaire with cutoff score to distinguish ‘screen positive’ and ‘screen negative’ administered to all individuals during pregnancy and the postpartum period (up to 1 year after childbirth).”

“There’s a lot of uncertainty in the scientific community about whether it’s a good idea to administer a screening test to all pregnant and postpartum women to determine in a systematic way if they might be suffering from depression,” said Lang.

The task force recommended against screening for depression among perinatal or postpartum women in 2013, but screening is still performed in many provinces, said Lang.

Lang emphasized that the recommendation does not apply to usual care, in which the provider asks questions about and discusses a patient’s mental health and proceeds on the basis of their clinical judgment; nor does it apply to diagnostic pathways in which the clinician suspects that the individual may have depression and tests her accordingly.

“What we are saying in our recommendation is that all clinicians should ask about a patient’s well-being, about their mood, their anxiety, and these questions are an important part of the clinical assessment of pregnant and postpartum women. But we’re also saying the usefulness of doing so with a questionnaire and using a cutoff score on the questionnaire to decide who needs further assessment or possibly treatment is unproven by the research,” Lang said.

For Diane Francoeur, MD, CEO of the Society of Obstetricians and Gynecologists of Canada, this is all well and good, but the reality is that such screening is better than nothing.

Quebec is the only Canadian province that conducts universal screening for all pregnant and postpartum women, Francoeur told Medscape Medical News. She was not part of the task force.

“I agree that it should be more than one approach, but the problem is that there is such a shortage of resources. There are many issues that can arise when you follow a woman during her pregnancy,” she said.

Francoeur said that COVID-19 has been particularly tough on women, including pregnant and postpartum women, who are the most vulnerable.

“Especially during the COVID era, it was astonishing how women were not doing well. Their stress level was so high. We need to have a specific approach dedicated to prenatal mental health, because it’s a problem that is bigger than it used to be,” she said.

Violence against women has increased considerably since the beginning of the COVID-19 pandemic, said Francoeur. “Many more women have been killed by their partners. We have never seen anything like this before, and I hope we will never see this again,” she said.

“Help was more available a few years ago, but now, it’s really hard if and when you need to have a quick consultation with a specialist and the woman is really depressed. It can take forever. So, it’s okay to screen, but then, what’s next? Who is going to be there to take these women and help them? And we don’t have the answer,” Francoeur said.

Pregnant and postpartum women who suffer from depression need more than pills, she added. “We reassure them and treat their depression pharmacologically, but it’s also a time to give appropriate support and help them through the pregnancy and get well prepared to receive their newborn, because, as we now know, that first year of life is really important for the child, and the mom needs to be supported.”

Funding for the Canadian Task Force on Preventive Health Care is provided by the Public Health Agency of Canada. Lang and Francoeur reported no relevant financial relationships.