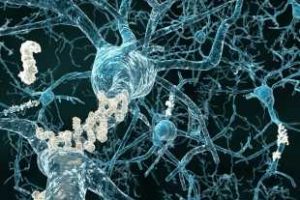 New research in mice for the first time draws a definitive causal connection between changes in the gut microbiome to behavioral and cognitive changes in an animal model of Alzheimer's disease.

The study, published today in the journal Frontiers in Behavioral Neuroscience, suggests new avenues involving the use of probiotics to treat and potentially forestall symptoms of dementia associated with neurodegenerative diseases including Alzheimer's.

The research was led by scientists at Oregon Health & Science University.

The work follows on a previous OHSU study in mice, published last year, that revealed a correlation between the composition of the gut microbiome and the behavioral and cognitive performance of mice carrying genes associated with Alzheimer's.

They found changes in measures of behavior and cognition among three different genotypes and between males and females. Two of the genotypes involved mirror those associated with a predisposition to Alzheimer's in people.

The study suggests possible avenues for forestalling dementia through targeted use of probiotics or fecal transplants, which already have been used to manipulate the gut microbiome in people. However, Raber said much more research needs to be conducted to ascertain the mechanism of these behavioral and cognitive effects, because the relationship between these effects and gut microbiome is influenced by genotype and sex.

"People can buy probiotics over the counter, but we want to make sure the right treatment is being used for each patient, and that it actually benefits them," Raber said. "The gut microbiome is a complex environment. If you change one element, you'll also change other elements, so you want to make sure to select a probiotic that promotes brain health and brain function for each patient, while limiting any negative side effects."