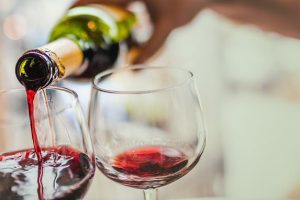 HEALTH NOTES: Surge in patients admitted to hospital for alcohol-related liver disease amid concerns many people turned to drink due to anxiety about the pandemic

The number of patients admitted to hospital for alcohol-related liver disease (ARLD) surged last year, amid concerns from experts that many people turned to drink due to anxiety about the pandemic.

The liver unit at King’s College Hospital in London compared admissions in June 2020 with those in June 2019. It found a 48.5 per cent increase in admissions related to alcohol abuse, with a quarter of those admitted requiring intensive care to treat the potentially deadly condition.

Doctors believe the problem could be endemic, with recent analysis from Public Health England showing the number of people drinking excessively doubled between February and March following the first Covid lockdown, matching the pattern seen at King’s.

ARLD refers to damage to the liver caused by excessive alcohol intake. This can impact the liver’s ability to filter toxins from the blood and help fight infection and disease.

About 8,000 people die from the condition every year. 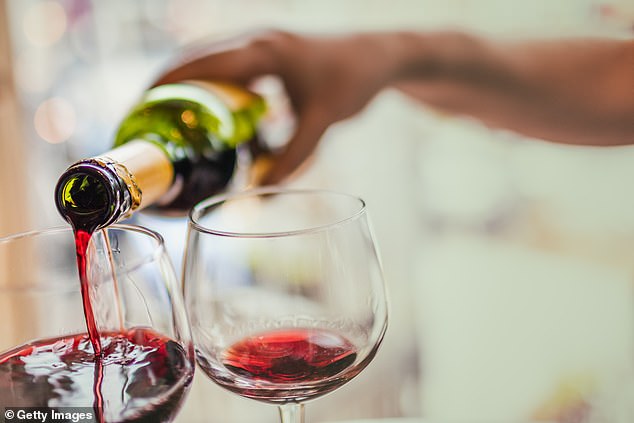 The number of patients admitted to hospital for alcohol-related liver disease (ARLD) surged last year, amid concerns from experts that many people turned to drink due to anxiety about the pandemic

Dr Mark Wright, a consultant in liver medicine at University Hospital Southampton NHS Foundation Trust, said many of the patients he had seen admitted with ARLD would not survive more than a few weeks.

He added: ‘Many people have been drinking far more than usual during the pandemic – boredom, fear and loneliness have all been culprits.’

Scientists can now predict from brain scans whether someone is listening to happy or sad music.

Researchers at the University of Turku in Finland analysed the brain activity of 102 participants who were played music while in an MRI machine. They were able to map which areas of the brain were activated depending on the emotion of the music played, and could accurately predict which areas would be stimulated before the music began playing.

The motor cortex, for example, was regularly activated by happy music, which experts believe is because it inspired feelings of movement in the listeners.

Vesa Putkinen, a postdoctoral researcher at the university, said the participants were played instrumental music so that lyrics would not effect their emotions.

Female leaders have had praise heaped on them for their handling of the coronavirus, but a new study – led by female researchers – has found no significant difference in how they fared compared with countries led by men.

And, in May, the New York Times published an article headlined: ‘Why are women-led nations doing better with Covid-19?’ But researchers at the University of Memphis in the US found, overall, there were no statistically significant differences in the rate of Covid-19 deaths in these countries.

The study concludes that some women leaders received overblown coverage because they displayed ‘masculine and feminine leadership traits’ – simultaneously authoritative and caring – which caught the attention of the international media, and were often leaders of small, well-off countries where Covid deaths were naturally lower.

Got ‘Couch Potato’ Teens? It’s Not Helping Their Mental Health

How to lose visceral fat: Best diet to banish the belly fat – what you can and can’t eat
boozers, health, killing, livers, lockdown, Notes, Their
Latest Posts