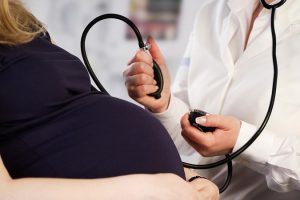 Screening for hepatitis B antibodies and vaccinating pregnant women without immunity appears to be a cost-effective health measure, according to a recent analysis published in Obstetrics & Gynecology.

Malavika Prabhu, MD, of the division of maternal-fetal medicine and department of obstetrics and gynecology at Weill Cornell Medicine in New York, said in an interview that the impetus to conduct the study came from the idea that hepatitis B is a concern throughout a woman’s life, but not necessarily during pregnancy. While vaccination is not routine during pregnancy, guidelines from the American College of Obstetricians and Gynecologists state that at-risk women should be screened and vaccinated for hepatitis B during pregnancy.

“What we thought made more sense just from thinking about other principles of prenatal care was that it would make sense for us to screen, see who’s susceptible, counsel them on the risk of hepatitis B, and then vaccinate them in the course of the pregnancy,” Prabhu said.

After writing a commentary arguing in favor of universal screening and vaccination, she and her colleagues noted it was still unclear whether that approach was cost effective, she said. “Health care costs in this country are so expensive at baseline that, as we continue to add more things to health care, we have to make sure that it’s value added.”

Prabhu and her colleagues evaluated a theoretical cohort of 3.6 million pregnant women in the United States and created a decision-analytic model to determine how universal hepatitis B surface antibody screening and vaccination for hepatitis B affected factors such as cost, cost-effectiveness, and outcomes. They included hepatitis B virus cases as well as long-term problems associated with hepatitis B infection such as hepatocellular carcinoma, decompensated cirrhosis, liver transplant, and death. Assumptions of the model were that 84% of the women would undergo the screening, 61% would receive the vaccine, and 90% would seroconvert after the vaccine series, and were based on probabilities from other studies.

The cost-effectiveness ratio was calculated as the total cost and quality-adjusted life-years (QALYs) relative to the lifetime of the woman after the index pregnancy, with $50,000 per QALY set as the willingness-to-pay threshold. The researchers also performed an additional analysis and simulations to estimate which variables had the most effect, and an additional model was created to estimate the effect of universal screening and vaccination if at-risk patients were removed.

Prabhu and colleagues found the universal screening and vaccination program was cost effective, with 1,702 fewer cases of hepatitis B, 11 fewer deaths, 7 fewer decompensated cirrhosis cases, and 4 fewer liver transplants in their model. The incremental cost-effectiveness ratio was $1,890 per QALY, and the total increased lifetime cohort cost was $13,841,889. The researchers said the model held up in scenarios where there was a high level of hepatitis B immunity, and when at-risk women were removed from the model.

“While it does increase some costs to the health care system to screen everyone and vaccinate those susceptible; overall, it would cost more to not do that because we’re avoiding all of those long-term devastating health outcomes by vaccinating in pregnancy,” Prabhu said in an interview.