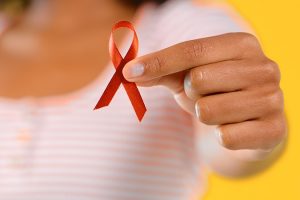 Although transmission of HIV in the United States continues to decline overall, the Black population remains disproportionately affected. Black individuals accounted for approximately 40% of all HIV cases in 2019 while making up 13% of the US population, according to the Centers for Disease Control and Prevention (CDC).

A new report from the CDC, published on National Black HIV/AIDS Awareness Day February 7, also showed that Black men accounted for about 75% of all new HIV infections in the United States in 2019, and 82% of these occurred in men who had sex with men.

Black women also remain disproportionately affected by HIV compared to women of other ethnicities. Among Black women, 91% of new HIV infections were attributed to heterosexual contact, and the HIV rate in Black women was the highest of identified races and ethnicities in the United States. The report also notes that Black transgender women accounted for nearly two thirds (62%) of HIV infections among transgender women in seven major cities.

The report highlights the disparities in reaching those at greatest risk for HIV with testing and treatment.

Disparities in HIV rates are driven by racism, systemic inequities, social and economic marginalization, residential segregation, and unequal access to prevention and treatment, as well as by social determinants of health, such as type of housing, socioeconomic status, and access to transportation.

“Despite tremendous progress in reducing HIV transmission since the height of the epidemic, HIV continues to disproportionately affect Black people in America,” said Demetre Daskalakis, MD, director of the HIV Prevention Program for the CDC, in a statement announcing the Black HIV/AIDS report.

“Health disparities are not inevitable and can be addressed,” he said. “The advanced, highly effective HIV prevention and treatment tools and COVID-19 vaccines that have been accessed by some must be accessible to all. While there is no simple solution to inequity, our nation must finally tear down the wall of factors — systemic racism, homophobia, transphobia, HIV-related stigma, and other ingrained barriers — that still obstruct these tools against HIV and COVID-19 from equitably reaching the people who could benefit from them,” Daskalakis emphasized.

“Acknowledging that racism is a major driver in the HIV epidemic is long overdue,” said Lina Rosengren-Hovee, MD, of the University of North Carolina at Chapel Hill, in an interview with Medscape Medical News. “This report is an important call to action that places racism, homophobia, transphobia, and HIV stigma as root causes of HIV-related health disparities, not merely as unfortunate events,” said Rosengren-Hovell, whose patient population consists mainly of young individuals either living with HIV or taking PrEP for HIV.

Rosengren-Hovee said she was not surprised by the information in the report, because it is familiar to HIV healthcare providers on the ground. “Health disparities researchers are familiar with these data, but not until very recently has the language shifted so we have finally started seeing racism as the emergency it truly is,” she said.

Patients who are marginalized in multiple ways “depend on our compassionate and thoughtful care,” Rosengren-Hovee said. “We must advocate for our patients by questioning our own complicity in a racist system and reflect on both our actions within that system and the language that we use to communicate with our patients,” she emphasized.

Other healthcare providers can help, Rosengren-Hovee said. “Training non-HIV providers to provide competent and compassionate care for diverse patients, to have open and honest dialogue about sexual health with patients, and to confidently prescribe PrEP would allow a decentralization of PrEP from HIV and STI clinics for a much broader reach,” Rosengren-Hovee noted.

More actionable knowledge will help. “We need research that can be translated into immediate action to save the lives of marginalized patients and that can help us transform inequitable systems to improve access to healthcare services,” she said.

The CDC continues to work to reduce HIV disparities through the ongoing Ending the HIV Epidemic in the US initiative, which is designed to identify and support communities at greatest need of HIV treatment and prevention and to develop strategies to reach these patient populations in an equitable way.