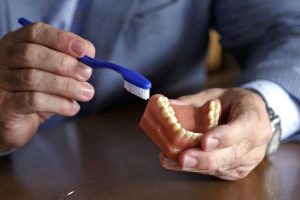 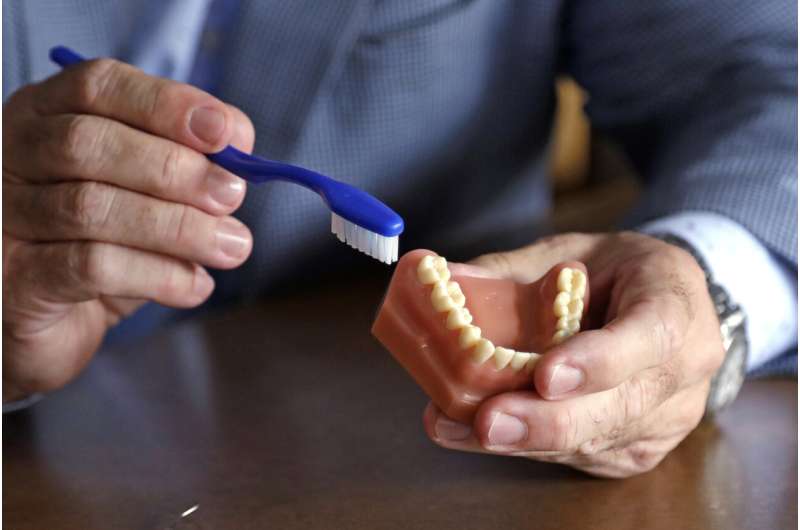 Healthy mouth, healthy baby? For years, scientists have been exploring the link between poor oral health and giving birth too early. Now, new research presented Thursday raises the possibility that something very simple and inexpensive might make a difference: chewing sugarless gum.

The improvements seen in the study in the African country of Malawi were modest: The rates of premature birth were slightly lower in the pregnant women who chewed the gum, compared to those who didn’t.

Still, experts welcome the idea of an easy way to attack this huge and costly problem. While gum is cheap, an early birth can lead to a host of health problems in babies and tens of thousands of dollars in medical costs.

“If we could find an intervention as simple as chewing gum to stop preterm births, I would be absolutely elated,” said Dr. Zsakeba Henderson with the March of Dimes, adding that she’s “guardedly optimistic” about the findings.

For many years, studies have shown that gum diseases are tied to premature birth. Scientists believe bacterial infections in the mouth can increase inflammation in the body, which could lead to early birth.

Researchers tested whether chewing gum made with the sweetener xylitol could help. Xylitol is a a sugar substitute found in small amounts in fruits and vegetables. It has been shown in past research to gradually change the makeup of bacteria in the mouth so that fewer decay-causing bacteria survive on tooth surfaces and less plaque forms. Plaque buildup can lead to gum disease.

The study in Malawi enrolled more than 10,000 women over six years. Some joined before they got pregnant, others in the first half of their pregnancy. At four centers, participants received oral health education and chewed the gum twice daily. At four others, a control group received only the education.

There was a lower rate of preterm births before 37 weeks in the group that chewed xylitol gum: 13% compared with 17% in the control group. The biggest difference was in “late” preterm births between 34 and nearly 37 weeks. Though giving birth earlier is potentially worse for the baby, experts say late preterm infants are at risk for such things as respiratory problems, feeding difficulties and developmental issues.

Researcher Dr. Kjersti Aagaard, an OB-GYN at Houston’s Baylor College of Medicine, said the team chose Malawi because they had a physician colleague there and the country has high rates of gum disease and preterm birth. About a fifth of infants are born prematurely, twice the rate in the U.S. Aagaard said there’s a wide range of dental practices in both countries – from frequent tooth brushing and regular dental visits to a complete lack of access to dental care.

Researchers don’t know exactly how the xylitol may prevent preterm birth, but they believe it has “prebiotic” properties, meaning it stimulates the growth of healthy bacteria in the mouth.

Xylitol is also used in candies, foods and dental products such as toothpaste. Aagaard said they don’t know if xylitol in other forms would make a difference, or whether the same results might hold elsewhere.

During a presentation Thursday before the Society for Maternal-Fetal Medicine, she invited others to study it.

“In fact, I have some gum here right now that I’m happy to send anybody who wants it,” she said.