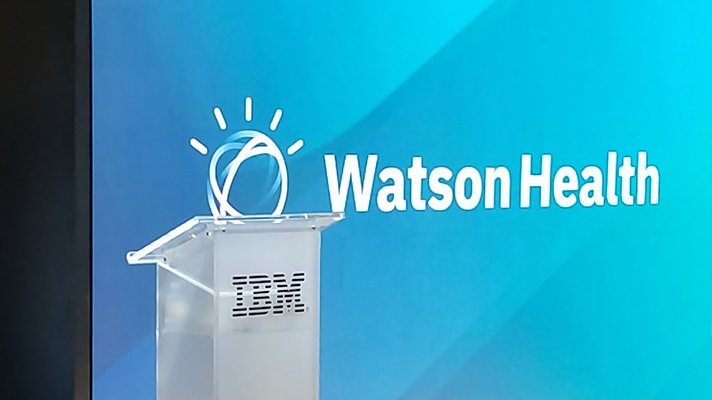 Back in 2011, IBM's new Watson technology was the focus of a lot of excited expectation about what its artificial intelligence platform – having famously bested human opponents on Jeopardy! – could do for healthcare. Seven years later, some media reports are wondering whether Watson's potential was over-promised.

Recent stories, in Stat News, the Wall Street Journal and elsewhere have taken aim at the AI technology's diagnostic track record, drawn attention to potential patient safety risks, and questioned whether the billions of dollars Big Blue has spent building and training the platform have worth it.

The Stat News story reported on internal IBM documents that showed "multiple examples of unsafe and incorrect treatment recommendations" from the Watson for Oncology system.

The Wall Street Journal pointed out that "more than a dozen IBM partners and clients have halted or shrunk Watson’s oncology-related projects."

Another piece from earlier this summer, in IEEE Spectrum, cited a recent round of layoffs at IBM Watson Health as evidence of the challenges of making the cognitive platform profitable.

Now, in a blog post titled "Setting the Record Straight," IBM has responded to some of this media coverage, saying that its inaccurate to suggest Watson "has not made 'enough' progress on bringing the benefits of AI to healthcare."

IBM Senior Vice President, Cognitive Solutions and IBM Research John Kelly specifically mentioned the WSJ article – for which he was interviewed – when he said some Watson stories "distort and ignore facts" when reporting on the technology's capabilities.

"It is true, as the article reports, that we at IBM have placed a big bet on healthcare," Kelly said, pointing to Watson applications for oncology, clinical trial matching and genomics, and to IBM's ongoing work with providers such as Memorial Sloan Kettering Cancer Center and the Mayo Clinic to train and refine the AI.

Despite the reports of drawdowns of its use at some health systems, Kelly said that some 230 healthcare organizations worldwide use Watson technology.

"We have always believed that the role of technology is to assist a doctor in delivering better care and patient outcomes," said Kelly. "Therefore, the first question we asked ourselves was, 'can Watson help oncologists make better decisions for their patients?' Repeatedly, the answer has proven to be a resounding 'yes,' as demonstrated in both peer-reviewed research as well as regular feedback from those using these tools.

"To suggest there has been no patient benefit is to ignore both what we know The Wall Street Journal was told by a number of physicians around the world and these institutions’ own public comments," he added.

Among other examples, Kelly cited Mayo Clinic, which he said has seen an increase in enrollment in breast cancer trials by 80 percent following implementation of Watson for Clinical Trial Matching. He said oncologists at Memorial Sloan Kettering "have helped to train Watson for Oncology on 13 cancers, representing up to 80 percent of the global cancer incidence and prevalence." And he pointed to the U.S. Department of Veterans Affairs, which has extended its contract for Watson for Genomics, with nearly 3,000 cancer patients across the VA being supported by the tool.

"IBM has never shied away from grand challenges, and we know they don’t happen overnight and are not easy," said Kelly. "Our work is only getting started."

An IBM spokesperson declined a request for further comment, but did point to a recent tweet from Memorial Sloan Kettering that said clinicians training Watson for Oncology there are "encouraged by its progress as a decision support tool for physicians around the globe & remain enthusiastic about its future."