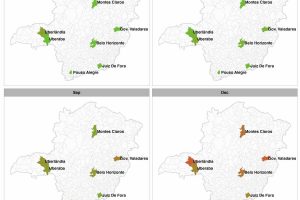 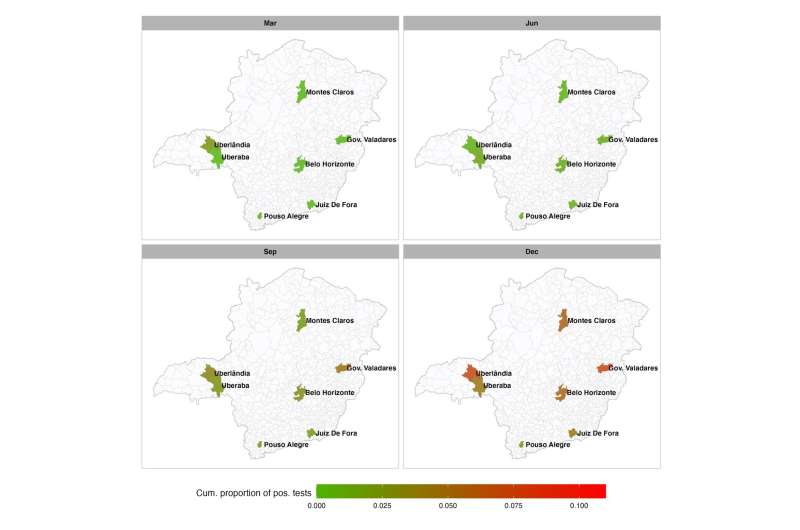 Aston University researchers have helped develop a mathematical model that can estimate daily transmission rates of infections such as COVID by testing for antibodies in blood collected at blood donation centers.

Current epidemiological models that are usually used tend not to be as effective at adjusting quickly to changes in infection levels.

Working with researchers at the Universidade Federal de Minas Gerais in Brazil they conducted a large longitudinal study applying a compartmental model, which is a general modeling technique often applied to the mathematical modeling of infectious diseases, to results obtained from Brazilian blood donor centers. The testing was done by Fundacao Hemominas, one of the largest blood services in Brazil, which covers an area similar to that of continental France.

They used the reported number of SARS-CoV-2 cases along with serology results (diagnostic methods used to identify antibodies and antigens in patients’ samples) from blood donors as inputs and delivered estimates of hidden variables, such as daily values of transmission rates and cumulative incidence rate of reported and unreported cases.

The model discussed in the paper “SARS-CoV-2 IgG Seroprevalence among Blood Donors as a Monitor of the COVID-19 Epidemic, Brazil” gave the experts the ability to have a more refined view of the infection rates and relative rate of immunity compared to official measurements.

The testing started at the beginning of the pandemic and involved 7,837 blood donors in seven cities in Minas Gerais, Brazil during March–December 2020. At that point testing wasn’t widely available and there was a high proportion of undetected asymptomatic or light symptomatic cases. The data obtained allowed the experts to estimate the proportion of people who were going undiagnosed.

“Public communication about the COVID-19 epidemic was based on officially reported cases in the community, which strongly underestimates the actual spread of the disease in the absence of widespread testing.

“This difference underscores the convenience of using a model-based approach such as the one we proposed, because it enables the use of measured data for estimating variables such as the total number of infected persons.

“Our model delivers daily estimates of relevant variables that usually stay hidden, including the transmission rate and the cumulative number of reported and unreported cases of infection.”

In Brazil in July 2020 there was a sharp increase in the number of people tested as new infrastructure became available, which allowed the experts to further validate their methodology by observing how officially recorded data became closer to the model predictions once testing became more widespread, including for asymptomatic or mildly symptomatic people.

They applied the model to antibodies found in blood given by donors and used it to estimate the proportion of undiagnosed cases, and to analyze changes in the infection rate, that is, how many people each case infected on average. Previously this has been viewed as a fixed value or a fixed value over a long duration of time, but the dynamics of the spread of COVID change much faster than that. This aspect was very important in early days of the pandemic and could also be applied to similar diseases.

Looking forward, the experts aim to improve the accuracy of the model by introducing changes to account for vaccination effects, waning immunity and the potential emergence of new variants.