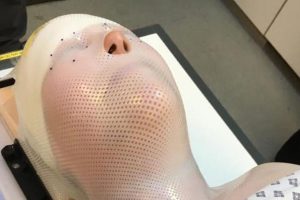 Cancer symptoms: Top 14 early signs to look out for

Suzanne Miller was 48 when her life was turned upside down. The mum-of-two was waiting in the car for her son when she realised something was wrong. “I don’t know why but I just touched my neck and I felt a lump. I knew something wasn’t right.”

About seven or eight years prior, Suzanne had undergone surgery to remove a benign lump removed from her thyroid gland “so when I got home I asked my husband if he would feel it and I said I’d ring the doctors if they can have a look at it with my history”.

But at this point Suzanne didn’t attach the dots and suspect it was cancer.

“The very next day I rang my GP. I got to see my GP that morning and because I have private healthcare I was put into the system straight away and seen the very next day in a private hospital,” Suzanne explained.

She continued: “I had a scan, biopsy and within two and half weeks I was told by the consultant that it was as expected – it was cancerous.”

Recalling that moment, she said: “I burst into tears. I couldn’t stop crying. I had two young boys. I was only 48.”

Suzanne was then shuttled back and forth between consultants – an experience she described as a “blur”.

She said: “It was overwhelming. I would have hated to be on my own and having to take in everything.”

In October of that year Suzanne underwent a gruelling nine-hour operation to remove the cancer.

A six-week schedule of weekly chemotherapy and daily radiotherapy five days a week at The Northern Centre for Cancer Care, based at Newcastle’s Freeman Hospital, followed.

The operation and ensuing treatment took its toll on Suzanne’s body.

She had to have five back teeth out in preparation for the radiotherapy and she got an infection in her gums.

Determined to stay strong for her family, Suzanne’s resilience prevailed.

Suzanne is now four years into her recovery but her intensive treatment regimen has had lasting effects.

“I still go to the hospital for a check up. I have quite a few lasting effects from the treatment,” she explained.

Suzanne continued: “It took me over a year to feel any sense of normality. I lost four and a half stone of weight.

“I have lymphoedema in my neck and fibrosis in my neck from my operation and I have treatment for that every six weeks.”

The mum-of-two also has an overactive thyroid from the damage caused by the radiotherapy.

“I have very few saliva glands so I have a very dry mouth and I suffer from fatigue.”

Suzanne puts these problems into perspective, however.

“All of these things pale into insignificance compared to what could have been.”

Christmas is approaching and the season has a particular poignance for Suzanne and her family.

Christmas Eve marks the anniversary of her successful treatment all those years ago so it’s a “bittersweet” time of celebration.