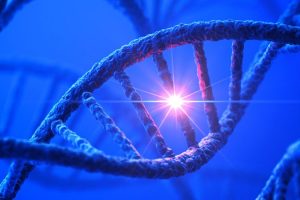 A large-scale analysis of the genetic underpinnings of the overlap between asthma and chronic obstructive pulmonary disease (COPD) has identified eight novel signals that may be linked to inflammation and worse asthma outcomes, according to an international team of investigators.

They conducted a genome-wide association study (GWAS) of 8068 individuals with asthma-COPD overlap (ACO) and 40,360 controls with either asthma or COPD alone and identified genetic variants that could predispose patients to ACO.

The findings by Catherine John, MBBChir, from the University of Leicester, United Kingdom, and colleagues from Europe, the United States, and Canada were published online in the journal Chest.

“Our study contributes to understanding the genetic landscape of asthma and COPD at the population level,” explained co-author Lystra P. Hayden, MD, from Brigham and Women’s Hospital and Harvard Medical School in Boston, in an email.

“It provides evidence for shared genetic influence ranging from variants implicated in asthma, to those implicated in fixed airflow obstruction, and specifically those which influence an intermediate phenotype with features of both, which was the focus of this investigation,” she wrote.

Although the study does not provide sufficient evidence to support patient-level genetic testing for these variants, “it does suggest potential common biological mechanisms underpinning both asthma and COPD, which in the future could inform treatments of people displaying features of both conditions,” Hayden said.

Asthma and COPD are distinct conditions but share certain features, such as airflow obstruction, inflammation, and cytokine profiles. Recent studies have suggested that patients with features of both conditions ― ACO ― have worse outcomes than those with either condition alone.

The authors note that recent guidelines from the Global Initiative for Chronic Obstructive Lung Disease “emphasize that asthma and COPD are different conditions but may coexist in the same patient.”

“One of the things that genetics can do is to see if there is a genetic basis to the etiology of both of these conditions,” said co-author Sina A. Gharib, MD, professor of pulmonary, critical care, and sleep medicine at the University of Washington in Seattle.

“Are these both just the same disease manifesting differently, or are they two really different diseases? That’s an ongoing controversy, and I don’t think this paper or any other paper that I’ve seen really settles this,” he said in an interview.

He noted that most genetic studies of asthma tend to exclude patients with COPD, and vice versa, because the complexity of the respective phenotypes can make it difficult to draw strong conclusions about genetic contributions to disease etiology.

Gharib’s group contributed data for the validation portion of the study.

The authors first drew data on the patients with ACO and controls from the UK Biobank and conducted a GWAS using a cutoff P value of less than 5×10-6 to identify “promising” signals that remained significant in analyses comparing patients with ACO with those with asthma alone and with COPD alone.

They then analyzed the variants in 12 independent cohorts and identified 31 variants they deemed to be worth a closer look.

The investigators also performed subgroup analyses stratified by age of asthma onset and by smoking status.

“We found that for the 31 ACO signals of interest examined, the effect sizes amongst cases with childhood-onset asthma were highly correlated to those with adult onset. Effect sizes in ever- and never-smokers were also closely correlated. Our study suggests that ACO is not due solely to smoking in people with asthma,” Hayden said.

In addition, they tested variants across a wide range of phenotypes and found that traits of eosinophil counts, atopy, and asthma were prominent.

“Our findings suggest a spectrum of shared genetic influences, from variants predominantly influencing asthma, to those predominantly influencing fixed airflow obstruction. We focus on variants that tend towards an intermediate phenotype with features of both asthma and fixed airflow obstruction, with pathways implicating innate and adaptive immunity and potentially bone development, and signals for which the biology remains unclear,” they write.

While it’s still unclear whether ACO is a distinct entity unto itself, “we do seem to find some signals that seem to be uniquely displayed in this population that has diagnosis of asthma but also has a reduction in lung function that’s not reversible, which is what we see in COPD,” Gharib said.

Further exploration of the biology of ACO could lead to development of methods to prevent fixed airflow obstruction in patients with asthma, the authors conclude.

The study was supported by BREATHE, the Health Data Research Hub for Respiratory Health in partnership with SAIL Databank. Hayden and Gharib reported no relevant financial relationships.

Neil Osterweil, an award-winning medical journalist, is a long-standing and frequent contributor to Medscape.