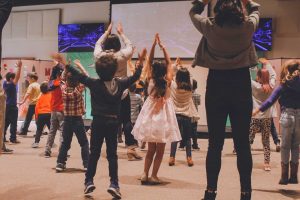 In a nationwide multi-cohort study, new work led by the Harvard Pilgrim Health Care Institute examined the importance of early life factors in pubertal development. The study, “Analysis of Early-Life Growth and Age at Pubertal Onset in US Children”, was released on February 4 in JAMA Network Open.

Puberty is a key stage during child development. Prior research indicates that early pubertal onset—concerningly, on the rise in the United States and other countries—may increase risk of long-term chronic disease later in life. A better understanding of the early life factors related to puberty is important to develop intervention strategies to prevent earlier pubertal onset.

The study team used data on nearly 7,500 children from 36 birth cohorts from the National Institutes of Health (NIH) Environmental Influences on Child Health Outcomes (ECHO) Program to conduct this study. The ECHO Program includes a large collaborative consortium consisting of 69 existing and ongoing cohorts that investigate how environmental exposures in early life, including physical, chemical, social, behavioral, biological, natural, and built environments, affect child health and development. All participating cohorts had documented at least one measure of weight and height in the first five years of the child’s life and at least one measure of puberty development.

Results showed that male children who gained weight or grew faster than their peers in the first five years of life were associated with entering puberty at a younger age. The researchers found similar results in female children but only among those with faster weight gains during early childhood (two to five years of age). Female children with faster weight gains during infancy (six months to two years of age) and early childhood started their periods earlier and had more advanced pubic hair development.

“Our findings suggest that there are sex-specific associations of faster growth in early life with earlier pubertal onset,” said lead author Izzuddin Aris, Ph.D., Assistant Professor in the Department of Population Medicine at the Harvard Pilgrim Health Care Institute and Harvard Medical School. “As pediatricians regularly measure weight and height during routine visits and use growth curves to identify abnormal growth predictions, they could closely monitor children who have faster weight and height gains in the first five years of life for earlier onset of puberty.”