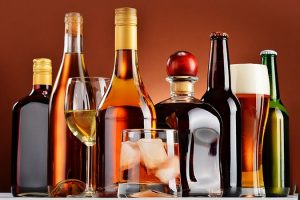 A new scoring system proved more accurate than several other available models at predicting the 30-day mortality risk for patients with alcohol-associated hepatitis (AH), according to new data.

The system, called the Mortality Index for Alcohol-Associated Hepatitis (MIAAH), was created by a team of Mayo Clinic researchers, who published their results in Mayo Clinic Proceedings.

Among the currently available prognostic models for assessing AH severity are the Model for End-Stage Liver Disease (MELD); the Age, serum Bilirubin, International normalized ratio, and serum Creatinine (ABIC) score; the Maddrey Discriminant Function (MDF); and the Glasgow Alcoholic Hepatitis Score (GAHS). However, these models have poor accuracy, with the area under the curve between 0.71 and 0.77.

By comparison, the new model has an accuracy of 86% in predicting 30-day mortality for AH, said coauthor Ashwani K. Singal, MD, MS, professor of medicine at the University of South Dakota Sanford School of Medicine, Sioux Falls.

“It’s a better predictor of the outcome, and that’s what sets it apart,” he told Medscape Medical News. “I think providers and patients will benefit.”

He said accuracy in determining the likelihood of death can help clinicians better determine treatment options and prepare patients and their families.

Camille Kezer, MD, a Mayo Clinic resident internist and first author of the paper, said in a statement, “MIAAH also has the advantage of performing well in patients, regardless of whether they’ve been treated with steroids, which makes it generalizable.”

Creating and Validating the MIAAH

Researchers analyzed the health records of 266 eligible patients diagnosed with AH between 1998 and 2018 at the Mayo Clinic in Rochester, Minnesota. The patients collectively had a 30-day mortality rate of 19.2%.

Mayo researchers built the MIAAH model using these variables and found that it was able to achieve a C statistic of 0.86, which translates into its being able to accurately predict mortality more than 86% of the time. When tested in the initial cohort of 266 patients, MIAAH had a significantly superior C statistic compared with several other available models, such as the MELD, MDF, and GAHS, although not for the ABIC.

The researchers then tested the MIAAH model in a validation cohort of 249 patients from healthcare centers at the University of South Dakota, Sioux Falls, and the University of Kansas, Lawrence. In this cohort, the MIAAH’s C statistic decreased to 0.73, which remained significantly more accurate than the MDF but was comparable to that found with the MELD.

There are no pharmacologic treatments that can reduce 90-day mortality in severe cases of AH, and only a small survival benefit at 30 days has been reported with prednisolone use.

With a shortage of liver donors, many centers still require 6 months of alcohol abstinence for transplant consideration, although exceptions are sometimes made for cases of early transplant.

A model that more accurately predicts who is at the highest risk of dying within a month can help clinicians decide how to best proceed, Singal said.

Paul Martin, MD, chief of the division of digestive health and liver diseases, Mandel Chair in gastroenterology, and professor of medicine at the University of Miami, Miami, Florida, told Medscape Medical News that the model is potentially important in light of the rising prevalence of AH.

“The numbers of patients with AH are unequivocally increasing and often in young patients,” he noted, presenting difficult choices of who to treat with steroids and who to refer for a transplant.

“This model is certainly timely,” he said. “We need more accuracy in predicting which patients will recover with medical therapy and which patients won’t in the absence of a liver transplant.”

He noted, however, that the study’s retrospective design requires that it’s validated prospectively, “not only looking at the outcome in terms of mortality of patients, but its potential utility in identifying candidates for liver transplantation who are not going to recover on their own.”

He said it was unlikely that the model would replace others, particularly MELD, which is ingrained in practices in the United States and other countries, but may instead have a complementary role.

Marcia Frellick is a freelance journalist based in Chicago, Illinois. She has previously written for the Chicago Tribune, Science News, and Nurse.com, and was an editor at the Chicago Sun-Times, the Cincinnati Enquirer, and the St. Cloud (Minnesota) Times. Follow her on Twitter at @mfrellick