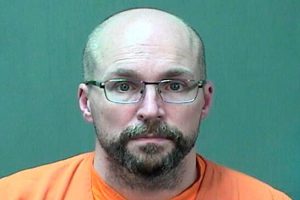 A former Wisconsin pharmacist was sentenced to three years in prison on Tuesday for destroying more than 500 COVID-19 vaccine doses in December 2020.

Steven Brandenburg, 46, of Grafton, pleaded guilty in February to two felony counts of attempting to tamper with a consumer product, according to the Associated Press. He said he intentionally removed vials of the Moderna COVID-19 vaccine from a refrigerator for several hours on Dec. 24 and Dec. 25 at Aurora Medical Center near Milwaukee, which he believed would ruin the doses.

The medical center destroyed the majority of the doses, though 57 people received shots from the supply, including some of Brandenburg’s colleagues who are health care workers. Public health experts believe the doses were still effective, though uncertainty led to anger and anxiety among the recipients, according to the Milwaukee Journal Sentinel.

Before receiving his sentence on Monday, Brandenburg said he felt “great shame” and accepted responsibility for his actions, the newspaper reported. He also apologized to his co-workers, family and the community.

“I did not have the right to make this decision for them,” he said. “I’m tormented by it daily.”

Jason Baltz, Brandenburg’s attorney, said his actions stemmed from trauma as a health care worker during the pandemic and his wife filing for divorce. A self-proclaimed conspiracy theorist, Brandenburg was already a vaccine skeptic. While separated from his family, he struggled to sleep and had more time to read vaccine misinformation, Baltz said. He believed that the vaccines carried microchips and could make people infertile.

Brandenburg sometimes carried a gun to work and showed it to co-workers, according to FBI documents obtained earlier this year by the Milwaukee Journal Sentinel. He told coworkers about his vaccine conspiracy theories for months, as well as other beliefs that the Earth is flat, the sky is not real, and the 9/11 terrorist attacks were fake. In the past, he also encouraged co-workers to receive shots of saline instead of flu vaccines.

Brandenburg had been a licensed pharmacist since 1997. He was fired by the Aurora Medical Center, and the Wisconsin Pharmacy Examining Board suspended his license in January, the newspaper reported.

Brandenburg could have faced a maximum penalty of 10 years and $250,000 in fines for each felony. Prosecutors asked for a four-year sentence, and U.S. District Court Judge Brett Ludwig said he gave a lighter sentence because Brandenburg had no previous criminal record, expressed remorse and no physical harm came from the tampering.

Following his sentence, Brandenburg will spend three years under extended supervision. He has also agreed to pay $84,000 in restitution to Advocate Aurora Health.

The Associated Press: “Ex-Wisconsin pharmacist gets prison for ruining vaccine.”