Preop Nivoulmab Plus Chemo ‘a Quantum Leap’ in NSCLC Therapy 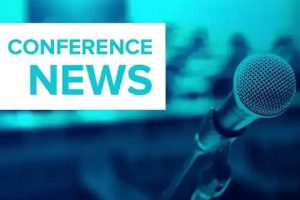 The combination resulted in significantly longer event-free survival and a 14-fold greater chance of having a pathologic complete response compared with chemotherapy alone.

“Combining IO with surgery I think is a new standard of care and will almost certainly improve overall survival [OS] in early-stage disease, for the first time in decades, in my entire career,” he said while discussing the new data here at the American Association for Cancer Research (AACR) Annual Meeting 2022.

The data come from the phase 3 Checkmate 816 study, an open-label trial involving patients with stage IB to IIIA resectable NSCLC. The study was published in The New England Journal of Medicine (NEJM) to coincide with the presentation.

Results from this trial were the basis of the US Food and Drug Administration’s recent approval of neoadjuvant therapy with nivolumab (Opdivo) and platinum-based chemotherapy in this population, which one expert described as a “a turning point in how we treat resectable NSCLC.”

New details of the results were presented at the meeting by Nicolas Girard, MD, from Institut Curie in Paris, France.

Among 358 patients in the trial, the median event-free survival (EFS) was 31.6 months for patients randomly assigned to the combination of the immune checkpoint inhibitor nivolumab and platinum-base chemotherapy, compared with 20.8 months for patients assigned to chemotherapy alone. This translated into a hazard ratio (HR) for disease recurrence, progression, or death of 0.63 (P = .005).

In addition, 24% of patients assigned to the nivolumab plus chemotherapy arm had a pathologic complete response (pCR) to neoadjuvant therapy, compared with only 2.2% of those assigned to chemotherapy alone (P < .001).

“Event-free survival was improved in patients with a pathological complete response compared with those without, suggesting pCR is a surrogate endpoint for long-term outcomes in resectable non–small cell lung cancer, and this is the first time [this has been shown] in a randomized phase 3 study,” he said.

Neoadjuvant Slow to Catch On

About one fourth of all patients who are diagnosed with NSCLC have resectable disease, Girad and colleagues noted. However, from 30% to 55% of patients who undergo surgery with curative intent ultimately experience recurrence and die from their disease.

Neoadjuvant therapy may improve chances for complete resection and prevent or delay recurrence after surgery, but the absolute difference in 5-year recurrence-free survival and OS with neoadjuvant chemotherapy alone is only about 6%, they noted.

The new results suggest that adding neoadjuvant immunotherapy to chemotherapy will improve upon this, although so far, the OS data from this trial are immature.

In an NEJM editorial accompanying the study, Christine M. Lovly, MD, PhD, from the Vanderbilt-Ingram Cancer Center at Vanderbilt University in Nashville, Tennessee, commented that the results of the trial are expected to change practice.

“However, several issues remain to be addressed,” she wrote.

“Second, although not mandated for this trial, approximately 20% of the patients received postoperative therapy. Is adjuvant therapy necessary? What criteria should be used to select patients to receive adjuvant therapy?”

Lovly also pointed out that patients with tumors harboring mutations in the genes EGFR or ALK were excluded from the trial.

“Therefore, implementation of neoadjuvant therapies requires biomarker testing for patients with early-stage disease at the time of diagnosis, a considerable alteration in the routine practice of lung-cancer medicine,” she wrote.

In an interview seeking objective commentary, Medscape Medical News asked Upal Basu Roy, PhD, MPH, vice president of patient services and kidney disease education at the LUNGevity Foundation, who was not involved in the study, why neoadjuvant therapy is not more widely prescribed for patients with resectable NSCLC.

“Clinicians are always scared, and I think patients are as well, that giving a treatment before surgery would delay surgery,” he said. “When patients are diagnosed with lung cancer and they’re told that surgery offers the potential of cure and then hear that you’re giving them a treatment before surgery and that treatment may potentially delay surgery, that is a huge source of anxiety.”

In addition, clinicians until recently were unsure about which patients were most likely to benefit from neoadjuvant therapy when the only option was chemotherapy, “but that’s changing, obviously, with the recent approval of neoadjuvant nivolumab through Checkmate 816,” he said.

In the Checkmate 816 study, investigators enrolled patients with newly diagnosed resectable NSCLC (stage IB to IIIA) who had good performance status and no known sensitizing EGFR mutations or ALK alterations.

After stratification by stage, programmed death protein 1 (PD-1) status, and sex, the team randomly assigned patients to receive either nivolumab 360 mg plus platinum-based chemotherapy every 3 weeks for a total of three cycles or chemotherapy alone.

At the end of neoadjuvant therapy, patients underwent radiologic restaging and surgery within 6 weeks. Patients could also receive optional adjuvant chemotherapy with or without radiotherapy.

In addition, 35 patients (20%) of those assigned to nivolumab-chemo and 56 (32%) assigned to chemotherapy alone received adjuvant therapy.

As noted before, the coprimary endpoints of EFS and pCR favored the combination, both in the overall population and across most subgroups, including patients younger than 65, men and women, Asian patients, those with stage IIIA disease, nonsquamous histology, current smokers and never-smokers, and patients with higher levels of PD-1 ligand 1 expression.

The rates of grade 3 or 4 treatment-related adverse events were similar between the groups, at 33.5% with the combination and 36.9% with chemotherapy alone.

Neil Osterweil, an award-winning medical journalist, is a long-standing and frequent contributor to Medscape.