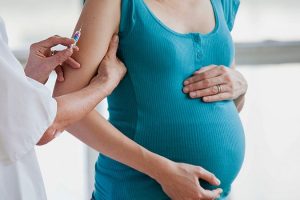 Pregnant women can safely get vaccinated with the Pfizer-BioNTech and Moderna vaccines for COVID-19, surveillance data from the US Centers for Disease Control and Prevention (CDC) suggest.

More than 30,000 women who received these vaccines have reported pregnancies through the CDC’s V-Safe voluntary reporting system, and their rates of complications are not significantly different from those of unvaccinated pregnant women, said Tom Shimabukuro, MD, MPH, MBA, deputy director of the CDC Immunization Safety Office.

“Overall, the data are reassuring with respect to vaccine safety in pregnant women,” he told Medscape Medical News.

Shimabukuro presented the data during a March 1 meeting of the Advisory Committee on Immunization Practices (ACIP), a group of health experts selected by the Secretary of the US Department of Health and Human Services.

The CDC has included pregnancy along with other underlying conditions that qualify people to be offered vaccines in the third priority tier (Phase 1c).

The American College of Obstetrics and Gynecology recommends that “COVID-19 vaccines should not be withheld from pregnant individuals.”

By contrast, the World Health Organization recommends the vaccines only for those pregnant women who are “at high risk of exposure to SARS-CoV-2 (eg, health workers) or who have comorbidities which add to their risk of severe disease.”

Not enough information was available from the pivotal trials of the Moderna and Pfizer vaccines to assess risk in pregnant women, according to these manufacturers. Pfizer has announced a follow-up trial of its vaccine in healthy pregnant women.

To better assess whether the Pfizer or Moderna vaccines cause problems in pregnancy or childbirth, Shimabukuro and colleagues analyzed data from V-Safe and the Vaccine Adverse Event Reporting System (VAERS).

The CDC encourages providers to inform people they vaccinate about the V-Safe program. Participants can voluntarily enter their data through a website, and may receive follow-up text messages and phone calls from the CDC asking for additional information at various times after vaccination. It is not a systematic survey, and the sample is not necessarily representative of everyone who gets the vaccine, Shimabukuro noted.

Analyzing data collected through January 13, 2021, the researchers found that both local and systemic reactions were similar between pregnant and nonpregnant women aged 16-54 years.

Most women reported pain, and some reported swelling, redness, and itching at the injection site. Of systemic reactions, fatigue was the most common, followed by headache, myalgia, chills, nausea, and fever. The systemic reactions were more common with the second Pfizer dose; fatigue affected a majority of both pregnant and nonpregnant women. Data on the second Moderna dose were not available.

The CDC enrolled 1815 pregnant women for additional follow-up, among whom there were 275 completed pregnancies and 232 live births.

Rates of outcomes “of interest” were no higher among these women than in the general population.

In contrast to V-Safe, data from VAERS, comanaged by the CDC and US Food and Drug Administration (FDA), are from spontaneous reports of adverse events. The sources for those reports are varied. “That could be the healthcare provider,” Shimabukuro said. “That could be the patient themselves. It could be a caregiver for children.”

Just 154 VAERS reports through February 16 concerned pregnant women, and of these, only 42 (27%) were for pregnancy-specific conditions, with the other 73% representing the types of adverse events reported for the general population of vaccinated people, such as headache and fatigue.

Of the 42 pregnancy-related events, there were 29 spontaneous abortions or miscarriages, with the remainder divided among 10 other pregnancy and neonatal conditions.

“When we looked at those outcomes and we compared the reporting rates, based on known background rates of these conditions, we did not see anything unexpected or concerning with respect to pregnancy or neonatal-specific conditions,” Shimabukuro said about the VAERS data.

The CDC did not collect data on fertility. “We’ve done a lot of work with other vaccines,” said Shimabukuro. “And just from a biological basis, we don’t have any evidence that vaccination, just in general, causes fertility problems.”

Also, Shimabukuro noted that the COVID-19 vaccine made by Janssen/Johnson & Johnson did not receive emergency authorization from the FDA in time to be included in the current report, but is being tracked for future reports.

In addition to the new safety data, experts continue to remind clinicians and the public that vaccination during pregnancy could benefit offspring. The unborn babies of pregnant women who receive the COVID-19 vaccine could be protected from the virus for the first several months of their lives, said White House COVID-19 czar Anthony Fauci, MD, at a briefing today.

“We’ve seen this with many other vaccines,” Fauci said. “That’s a very good way you can get protection for the mother during pregnancy and also a transfer of protection for the infant, which will last a few months following the birth.”

Lindsay Kalter contributed to the reporting for this story.

Laird Harrison writes about science, health, and culture. His work has appeared in national magazines, in newspapers, on public radio, and on websites. He is at work on a novel about alternate realities in physics. Harrison teaches writing at the Writers Grotto. Visit him at www.lairdharrison.com or follow him on Twitter: @LairdH