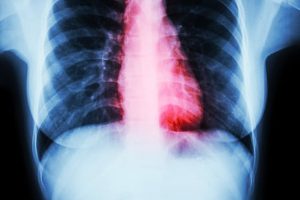 AI can predict whether you’ll develop heart disease up to 10 YEARS in advance by scanning a chest X-ray, study finds

A simple chest X-ray can detect a person’s risk of developing a fatal heart condition within 10 years, a study suggests.

An artificial intelligance (AI) program looks for signs that a person will suffer a heart attack orstroke using just a chest x-ray.

The easy intervention could provide doctors a key to predicting the risk of death due to heart attack or stroke stemming from atherosclerotic cardiovascular disease.

The patients at heightened risk of suffering a severe event like heart attack or stroke have a build-up of fats, cholesterol, and other substances known as plaque on the artery walls.

That plaque build up causes arteries to narrow and harden, hindering bloodflow to and from the heart.

More than 20 million Americans have coronary artery disease as a result of atherosclerosis. CAD accounts for about one in four deaths in the US each year. 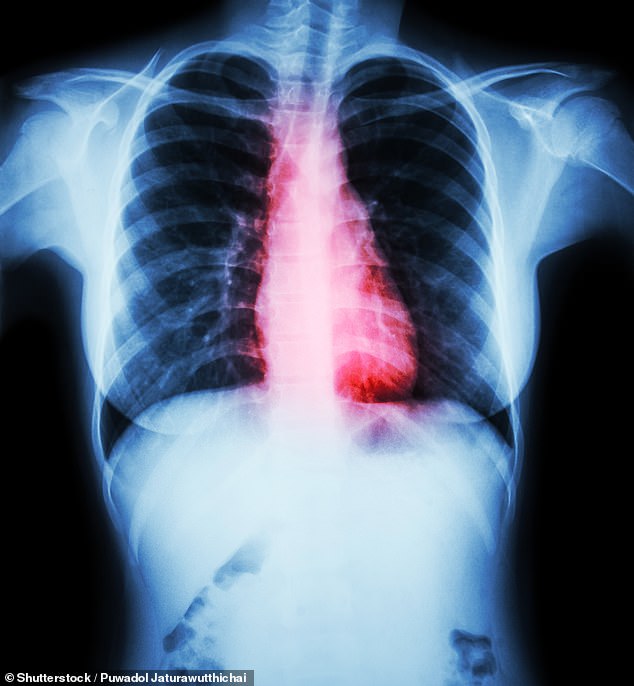 An advanced deep learning model could predict a person’s risk of dying due to a severe cardiovascular event by warning of a buildup of plaque in the arteries that impedes normal blood flow throughout the body.

Arteriosclerosis is typically diagnosed by conducting a panel of blood and cholesterol tests, as well as imaging tests like x-ray and CT scans.

What is heart disease?

Heart disease describes a range of conditions that affect the heart.

Symptoms of heart disease depend on the individual heart condition.

Main symptoms of coronary artery disease (CAD) include chest pain, shortness of breath, pain throughout the body and feeling faint and sick.

It happens when the heart’s blood supply is blocked or interrupted by a build-up of fatty substances called plaques in the coronary arteries.

Over time, the artery walls can become thickened with fatty deposit. It can be caused by smoking and drinking alcohol excessively.

When these plaques rupture, they form a blood clot that can further block the flow of oxygen-rich blood.

Heart disease risk factors you can control include:

Radiologists at Massachusetts General Hospital and the AI in Medicine program at the Brigham and Women’s Hospital in Boston sought a simpler way.

The risk of dying from a heart condition is calculated using the atherosclerotic cardiovascular disease (ASCVD) risk score, which is the medical standard.

Sometimes that patient data is not readily available, though, making an approach for broader population-based screening more urgent, according to Dr Jakob Weiss, leader of the study.

Dr Jakob Weiss and his colleagues developed a deep learning model with the power to pinpoint ASCVD risk through a single chest x-ray.

The machine responsible for analyzing risk was trained using 147,497 chest X-rays from 40,643 participants in the Prostate, Lung, Colorectal, and Ovarian Cancer Screening Trial supported by the National Cancer Institute.

They tested their model using X-rays taken of more than 11,400 patients at Mass General Brigham who were potentially eligible for statin drugs which reduce the risk of dying due to cardiovascular events.

Of the more than 11,000 patients observed, nearly 10 per cent suffered a major adverse cardiac event over the following decade.

The authors of the study reported that their deep learning model’s risk assessment was in line with the actual patient outcomes.

The risk assessment model, dubbed CXR-CVD risk, could have wide-reaching implications for easily diagnosing and treating potentially fatal heart conditions when information on a patient is limited.

Dr Weiss said: ‘The beauty of this approach is you only need an X-ray, which is acquired millions of times a day across the world.’

The findings, which were presented at the annual meeting of the Radiological Society of North America, are just the latest in a series of investigations into the role that simple x-rays can play in diagnosing potentially severe conditions with years of warning.

Last year, a team of Australian researchers found that a simple CT scan could warn doctors of a major risk factor for heart attack years in advance. The scans, which can produce detailed, cross-sectional images of organs and tissues, can alert doctors to the build-up of calcium in the arteries.

As more calcium deposits build up in the major artery, causing the valve opening to become narrow and reduce blood flow through the aortic valve. It is often a precursor to severe cardiovascular events.