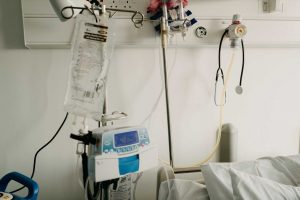 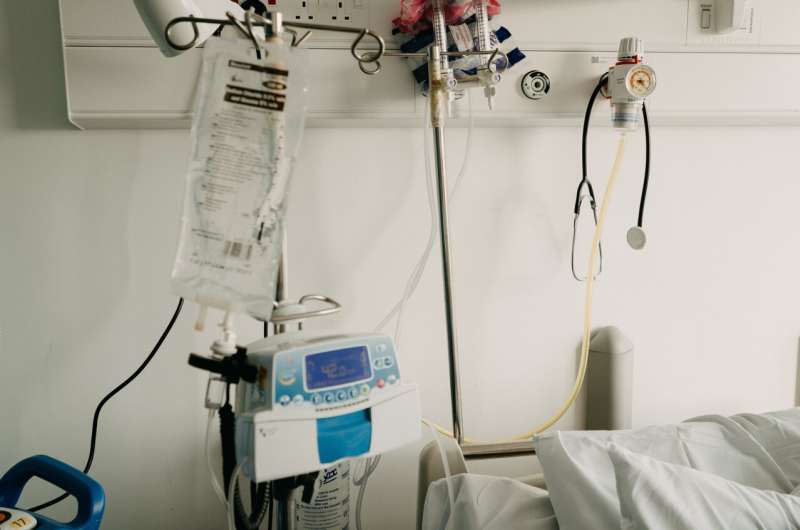 Hospitals must start using smart intravenous (IV) infusion technology to its full potential if they are to prevent dangerous drug errors, University of Manchester researchers have found.

Smart pumps, which automatically calculate the dose and rate of different drugs before they are pumped into a vein, prevent potentially fatal errors by stopping the administration of the wrong rate.

But according to the study published in BMJ Open Quality, though the technology probably saved the lives of 110 people in two Trusts over a year, it has largely failed to be adopted by hospitals.

Though many IV pumps used in hospitals have a smart capability, most trusts do not utilize the functionality because they are difficult to configure and maintain.

Smart pumps are usually configured by a pharmacist and checked by a consultant or senior nurse. Conventional pumps, however, are set by ward staff who calculate and input infusion rates themselves—increasing the risk of drug errors.

In the BMJ Open Quality study, almost 1.5 million IV infusions were administered over one year (644 052 patient bed days), but only 45% (745,170) of these were administered with smart pumps capability enabled.

There were 6,067 infusions that exceeded the dose limits of the pumps. Subject matter experts were asked to rate severity of all adverse events on a scale of 0=no harm to 10=death and they found 89% of these events were unlikely to cause patients any harm.

Of 17.9/1000 intercepted drug administration errors, the most common drugs to trigger an alert were antibiotics (2,979 alerts in 134,821 infusions) but there was a relatively low potential for harm from these infusions (1.01/1000 administrations).

The highest incidence of potentially harmful adverse events was for parenteral anticoagulants (24.16 per 1000 administrations which risks severe bleeding. There have been reports of these events in the NHS recently.

Some alerts were triggered because the pumps were programmed with limits that did not reflect practice in the clinic, which suggested routine practice might contribute to patient harm.

In another paper published in the journal Drug Safety at the same time, the research team collaborated with academics, patient advocacy groups and senior clinicians to develop and publish guidelines to support organizations in their adoption of smart pumps, so they are used to their full potential across the NHS and infuse drugs at standardized concentrations.

Both papers were the result of collaborations the University of Manchester, pump manufacturers Becton-Dickinson—who funded the study—and the NHS who shared their data with the team.

Lead author Adam Sutherland is a researcher at The University of Manchester based in the division of pharmacy and optometry and a practicing pharmacist.

He said: “Intravenous infusion errors leading to fatalities are extremely rare event; the vast majority of IV infusions are safe.

“Configuration of these pumps is often poorly implemented—with little consistency between hospitals.

“Even though smart pumps have been available for around 20 years and are routinely used in the U.S.—we estimate only 20 to 30 trusts use them in some way, and even fewer to their full capability. Within a few years, all IV pumps will have smart functionality, so it makes sense for hospitals to make full use of them.”

He added: “Variation in the manner in which medicines are prepared and used within complex modern healthcare systems exacerbates these challenges, so a strategic human-centered approach is needed to support their implementation.