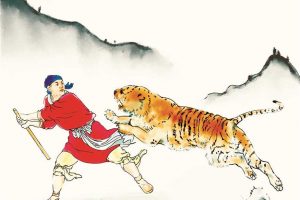 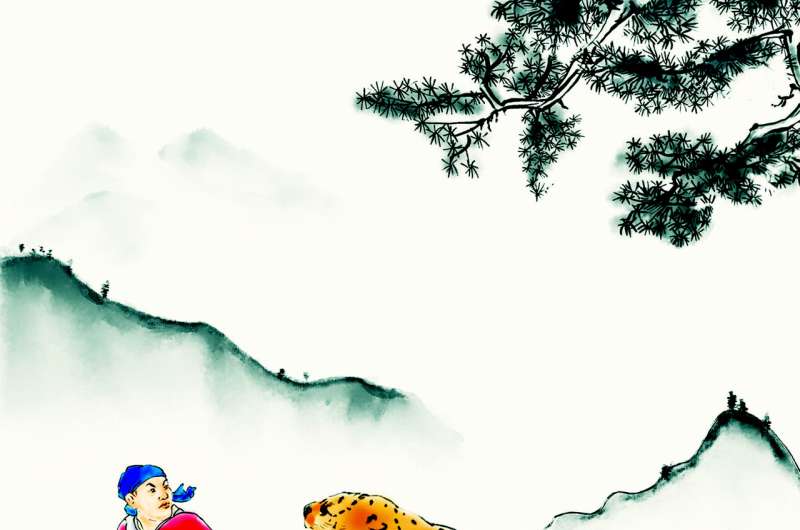 In his most renowned work, “On the Origin of Species,” Charles Darwin introduced the idea that species need to continuously fight for their existence, and that only the most fit for a given environment survive. This notion, commonly known as the “survival of the fittest,” has now been discussed and explored by countless scientists worldwide.

Although Darwin suggested that only the fittest species survive, he did not explain how this struggle for survival is reflected in the brains of humans and other animals. In recent years, many studies rooted in evolution, ethology and neuroscience have tried to answer this rather elusive question.

Researchers at the National Institute of Biological Sciences in Beijing, Beijing Normal University and other institutes in China have recently carried out a study investigating the neural underpinnings of innate defensive behaviors in mice. These are aggressive behaviors that animals can automatically adopt when responding to threatening stimuli in their environment.

The team’s recent paper, published in Nature Neuroscience, suggests that mechanically evoked defensive behaviors are at least in part controlled by GABAergic neurons in the anterior hypothalamic nucleus (AHN), a central region within the frontal part of the hypothalamus. The anterior hypothalamus is a vital brain region known to be associated with self-regulatory bodily functions, including the regulation of the body’s internal temperature and sleep.

“One goal of our laboratory is to elucidate how the brain initiates diverse behaviors for prey-predator competition, an important form of ‘struggle for existence,'” Peng Cao, one of the researchers who carried out the study, told Medical Xpress. “In our previous studies, we systematically explored the brain circuits that underlie predator avoidance and prey capture in mice. In our new work we focused on anti-predator defensive attacks.”

As part of their recent study, Cao and his colleagues carried out a series of experiments on mice. In these experiments, they triggered defensive behaviors in the mice using experimental stimuli and then tried to determine the neural underpinnings of these behaviors. They found that GABAergic neurons in the AHN mediated the mice’s experimentally evoked defensive attacks.

“The brain area that may control mechanically evoked defensive attack should fit three fundamental criteria,” Cao explained. “Firstly, the inhibition of neurons in this brain area should suppress mechanically evoked defensive attacks. Second, the neurons in this brain area should encode mechanical force and optimally respond to noxious mechanical stimuli. Third, the activation of these neurons should evoke attack behavior and suppress other types of ongoing behaviors.”

In their experiments, Cao and his colleagues were able to show that GABAergic neurons in the AHN fit all these three criteria. Their study thus identifies the AHN as a central brain center behind defensive attack behaviors in mice.

The findings gathered by this team of researchers shed some new light on the neural underpinnings of survival-related defensive behaviors in mice. Future studies could try to determine whether GABAergic neurons in the AHN are responsible for these same behaviors in other animal species, including humans.