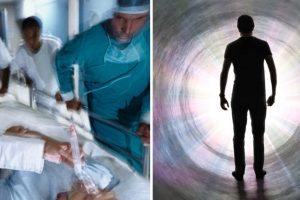 There’s no doubt that being in a coma is a traumatic experience, the psychological effects of which linger long after regaining consciousness.

People can fall into comas because of a multitude of reasons, including suffering a severe blow to the head in some kind of accident or incident, or losing consciousness due to some kind of illness.

Sometimes comas are medically induced by doctors to relieve suffering or to give patients a better chance of survival, but even then it could be days, weeks, months or even years before patients are able to come back to their senses.

In some extreme cases, people may spend decades in a coma and wake up to find that they’ve aged significantly, their loved ones have passed away, and society has moved on politically, culturally and technologically.

That’s a lot to take in for someone who has already gone through so much, especially if they’ve spent a decent amount of time dreaming about living a completely separate life in another realm.

Here are three stories people have shared on Reddit about their recollections of being in a coma and how it affected them.

Useru/Prince-William15 , who was put in a medically induced coma for three days while being treated for cancer, said they dreamt of their twin brother who had died a year earlier.

He said: “I do wonder whether my interactions with my twin brother were real, or if it was just the drugs I was given causing them.”

One user explained how he met a ‘wonderful lady’ while he was in a coma who would make his heart skip and his face turn red.

Temptotosssoonsaid: “I pursued her for months and dispatched a few jerk boyfriends before I finally won her over.

“After two years we got married and almost immediately she bore me a daughter. I had a great job and my wife didn't have to work outside of the house.

“When my daughter was two she [my wife] bore me a son. My son was the joy of my life. I would walk into his room every morning before I left for work and doted on him and my daughter.”

But after a while – a while being 10 years – the user began to gradually realise nothing of this dream world was real.

The user continued: “All I could see was red, I heard voices, screams, all kinds of weird noises and I became aware of pain…. a sh*t ton of pain.”

“The first words I said were ‘I'm missing teeth’ and opened my eyes. I was laying on my back on the sidewalk surrounded by people that I didn't know, lots were freaking out, I was completely confused.”

Thereafter, the user describes going through 3 years of depression. He said: “I was grieving the loss of my wife and children and dealing with the knowledge that they never existed.”

Explaining his story,-stryker2279said he remembered having ‘lucid dreams that were super psychedelic and terrifying’ which left him ‘desperate to wake up’ as he was aware they weren’t real.

When he finally woke up, he continued to have ‘crazy hallucinations’. He said: “I was convinced I rode a blimp, had butterflies land in my eyes, and that a team of hitmen were trying to steal my meds.

“I was convinced that there was a drop panel behind my bed leading to the sewer system, and that's how the hitmen were stealing my meds. I was also convinced that the doctors had special devices that made me fly.