Home » Health News » Targeting sepsis, the leading cause of ICU deaths, with a nanocarrier-delivered microRNA

Targeting sepsis, the leading cause of ICU deaths, with a nanocarrier-delivered microRNA 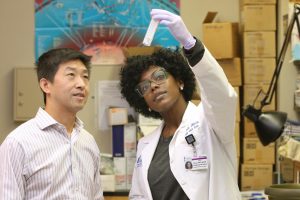 One in three patients who die in the U.S. dies of sepsis, according to the Centers for Disease Control and Prevention. It is one of the leading causes of death in intensive care units and, with an estimated price tag of $20 billion in 2011, the most expensive condition that hospitals treat.

Researchers at the Medical University of South Carolina (MUSC) found that sepsis outcomes in a preclinical model significantly improved when a microRNA (miRNA), specifically miR-126, which is known to protect against sepsis, was delivered via a nanocarrier. Almost 67 percent of mice treated with one of the nanocarrier/miR-126 complexes were still alive at seven days vs. just 25 percent of untreated mice. Their findings were reported in an article published online on September 23, 2018 in Inflammation.

“The exciting part is that we can use nanoparticles as a delivery system to carry microRNAs. It’s feasible—we can do this,” says Hongkuan Fan, Ph.D., senior author of the article and an assistant professor in the Department of Pathology and Laboratory Medicine at MUSC who studies vascular dysfunction in sepsis.

Sepsis is an overreaction of the body’s immune system to an infection. Chemicals called cytokines flood the bloodstream in an attempt to fight the infection but also cause blood vessels to become leaky. White blood cells escape from the vessels, causing inflammation and damage to surrounding tissue, ultimately leading to multi-organ failure and death.

MicroRNAs are noncoding RNAs that are being assessed for therapeutic use in cancer and other diseases because they can prevent messenger RNA from creating proteins that can harm the body. Previous research by Fan’s group has shown that an miRNA—miR-126—is protective against sepsis. It is a major component of the fluid-filled sacs produced by endothelial progenitor cells. Fan’s group has also shown that these cells, which regenerate the lining of blood vessels, help protect against the vascular damage caused by sepsis. 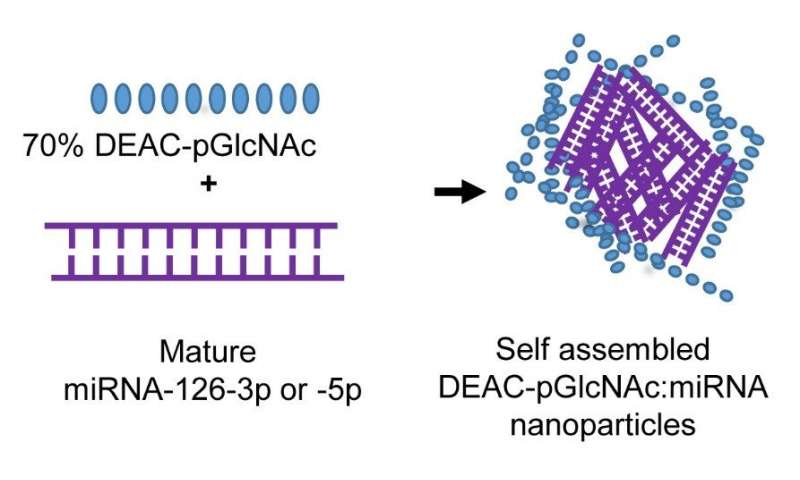 One obstacle to the clinical use of miRNAs, however, are ribonucleases (RNases), whose job it is to seek out and destroy them. Naturally occurring miRNAs are protected from RNases by a fluid-filled sac that covers them or a protein to which they are attached, but those introduced therapeutically have no such protection.

“If we were to just put an unprotected micro-RNA into the body, then it would immediately get chewed up by RNases,” explains Joy N. Jones Buie, Ph.D., MSCR, a postdoctoral fellow at MUSC and the first author on the article. “So that’s why you have to have some type of vehicle system to deliver the micro-RNA. Otherwise, if it’s exposed to all these enzymes, it will immediately be destroyed.”

The MUSC researchers showed that a proprietary nanocarrier (DEAC-pGlcNAc; Marine Polymer Technologies [Burlington, MA]) could deliver miR-126 effectively in a mouse model of sepsis, protecting it against damage by RNases. Its small size prevented its elimination by the liver, and its electrical charge was such that it was easily taken up by cells. The researchers were also able to verify that the nanoparticle successfully delivered miR-126 into the cell’s nucleus by tagging it with a fluorescent dye.

“We could actually see them together using the microscope,” says Jones Buie. “That showed that the micro-RNA was actually getting into the cell and associating with the cell’s nucleus.”

The mIR-126/nanocarrier complex more than doubled the proportion of mice alive at seven days vs. untreated mice in a preclinical model of sepsis (almost 67 percent vs. 25 percent). The nanoparticle, which has antibacterial properties, improved survival even when not complexed with miR-126, though not to a significant degree.

Weight cycling is associated with a higher risk of death
a, cause, Deaths, ICU, leading, microRNA, nanocarrier-delivered, of, Sepsis, Targeting, the, with
Latest Posts