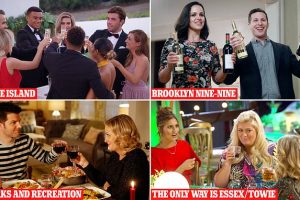 Teenage binge drinking is being fuelled by half of all peak time TV featuring booze including popular soaps, research suggests.

It is estimated that the rate of alcohol consumption in those over 15 in the UK is the eighth highest in Europe.

Campaigners say advertising rules should be tightened on television to avoid teenagers becoming so familiar with alcohol. 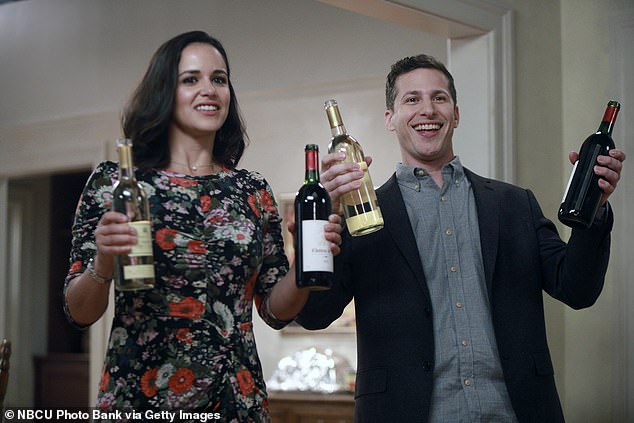 Teenage binge drinking is being fuelled by half of all peak time TV featuring booze including popular soaps, according to new research. Above, Brooklyn Nine-Nine, 2017 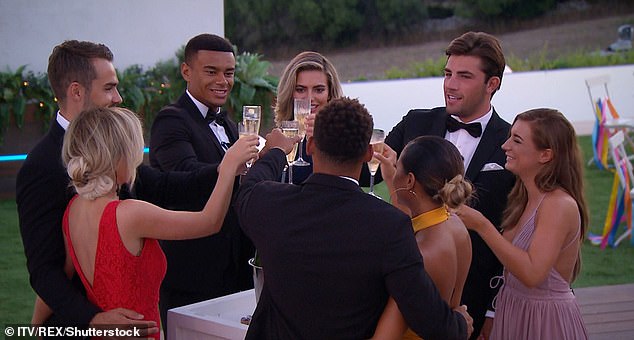 Researchers said there is strong evidence exposure to advertising or other alcohol imagery in the media increases subsequent use in adolescents. Above, Love Island, 2018 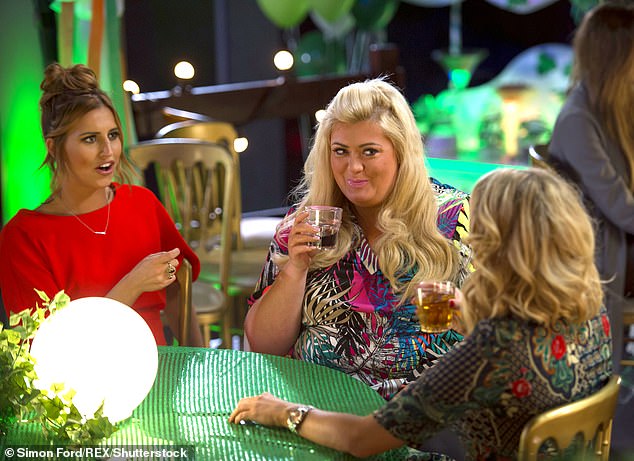 Programmes and adverts on the top five national UK channels were analysed over peak times. Above, The Only Way Is Essex, 2015

University of Nottingham researchers argued this constant exposure could be driving young people to the bottle.

‘Our study shows that alcohol imagery, including branding, is regularly broadcast on prime-time TV, when children and adolescents are likely to be watching’, said Alexander Barker, research fellow at the Centre for Tobacco and Alcohol Studies.

Dr Barker, of the Centre for Tobacco and Alcohol Studies, said there is strong evidence of exposure to advertising or other alcohol imagery in the media increases use in adolescents.

These channels were BBC1, BBC2, ITV1, Channels 4 and 5. At the time of the study these five channels were the most watched channels in the UK and remain so today.

A total of 611 programs and 1140 commercials were recorded.

The majority of alcohol content occurred before the Ofcom’s 9pm watershed.

Branding occurred in 18 per cent of programs and 11 per cent of advertisement periods and involved 122 brands.

However three brands, Heineken, Corona, and Fosters accounted for almost half of all brand appearances.

For example, Channel 4’s Original Comedy sponsorship with Fosters, or through branding displayed on billboards during sporting events, such as Heineken’s sponsorship of the 2015 Rugby World Cup.

Over half of the product placements and advertising slots were from three beers brands – Heineken, Corona and Fosters

Previous studies have found that alcohol imagery appeared frequently in studies of UK television; some 40 per cent of programs contained alcohol-related content.

The researchers explored the differences in content between channels and genres, and compared these with the findings of a similar study in 2010.

‘This analysis shows that television remains a major source of alcohol exposure to young people in the UK, said Dr Barker.

‘And it’s likely to continue to be a contributor to alcohol uptake by young people, with levels of content slightly higher than the researchers observed in the earlier analysis of programme content from 2010.’

An estimated 28million British households have at least one television and in 2015 the average viewing time was 3 hours and 47 minutes a day.

An earlier US study by Boston University found a strong link between what the under-18s saw on television and how they drank in the month afterwards. 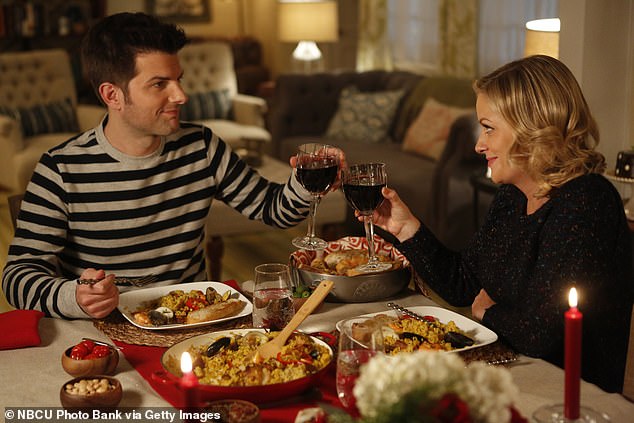 Recent research found underage drinkers are more than five times more likely to buy alcohol after seeing it advertised on TV. Above, Parks and Recreation, 2013 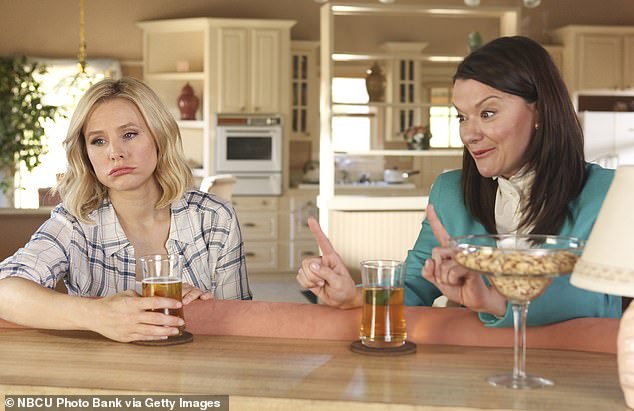 Experts are calling for tigher restrictions from the Advertising Standards Agency and Ofcom. Above, The Good Place, 2016

Leading alcohol organisations and viewers criticised how prominently wine featured in a number of scenes, including tense confrontations, conversations in the street and solitary evenings in.

Campaign group Alcohol Concern has called for a ban on all alcohol advertising at music and sports events because many young people recognise more drink brands than ice cream.

Previous research has similarly analysed the amount of smoking on UK prime-time TV.

Smoking scenes were found to be common third of prime time TV programmes despite strict broadcasting regulations designed to protect children from its glamorisation.

Tobacco advertising, promotion and sponsorship, including paid product placement in TV adverts, is illegal in the UK.

Studies showed that a smoker who begins at 15 is three times more likely to die from cancer than one who takes their first drag in their mid-20s.

But imagery of smoking in TV programmes and trailers is exempt.

Dr Barker said: ‘Tighter scheduling rules from the Advertising Standards Agency and Ofcom (broadcast regulator), such as restricting alcohol advertisements and alcohol imagery in programs, to after the 9pm watershed, could prevent children and adolescents being exposed to this content.’

The use of illegal drugs, the abuse of drugs, smoking, solvent abuse and the misuse of alcohol to protect the under 18s:

– Must not be featured in programmes made primarily for children unless there is strong editorial justification.

– Must generally be avoided and in any case must not be condoned.

– Must not be condoned, encouraged or glamorised in other programmes.

– Likely to be widely seen, heard or accessed by under-eighteens unless there is editorial justification. 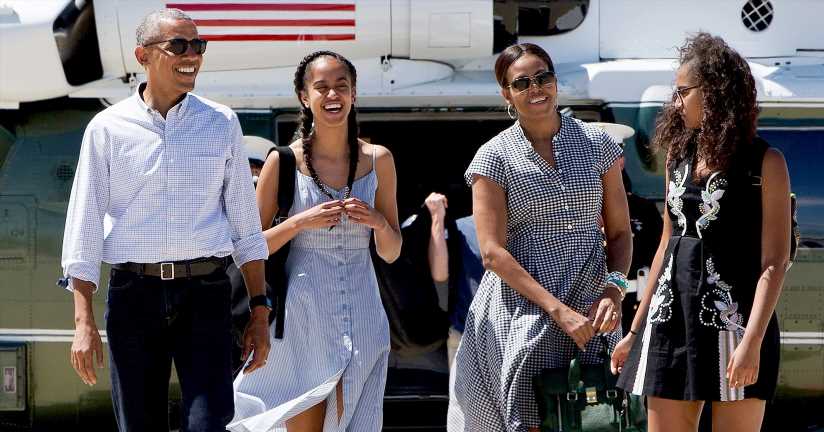 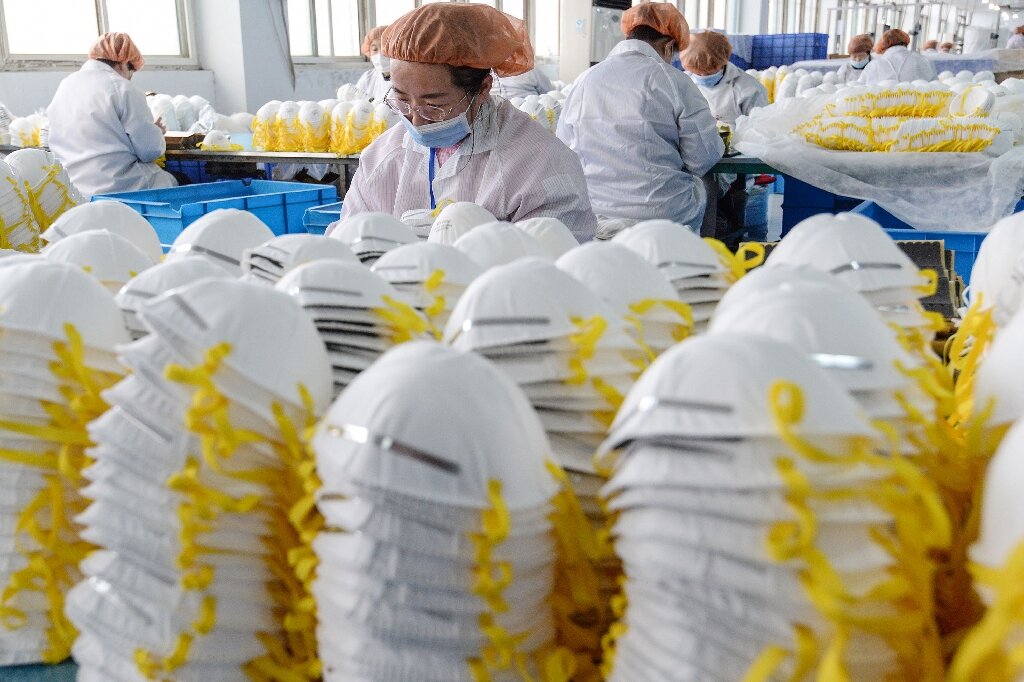