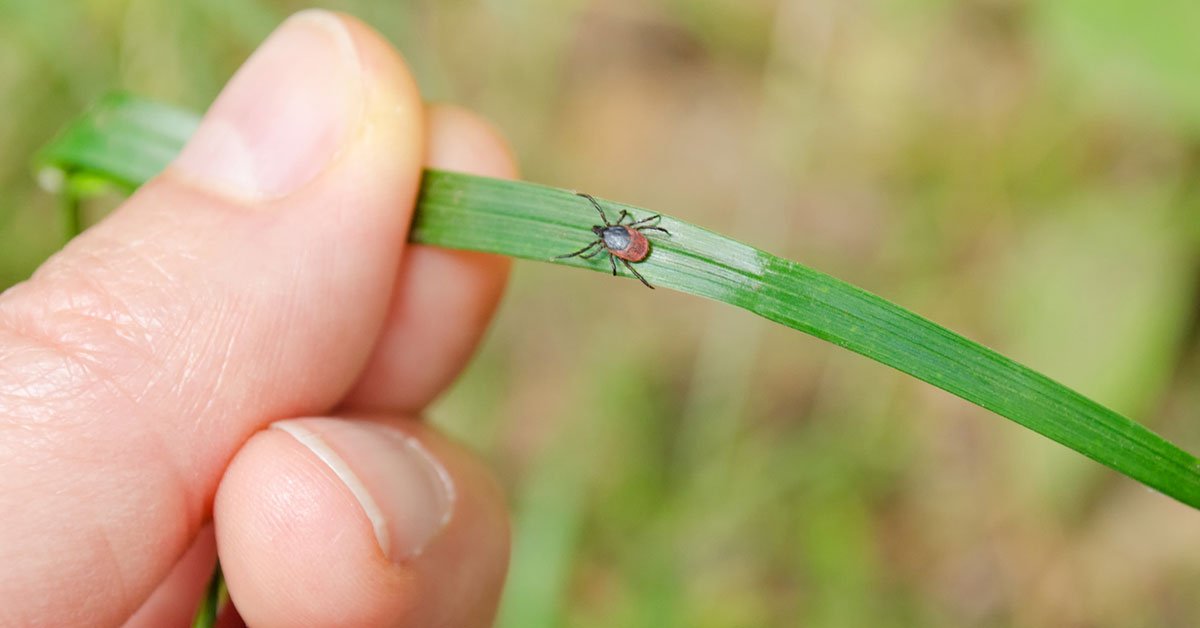 Worried about Lyme disease? Here’s what to know.

Do ticks find type A blood more appealing than type B? A new study out of the Czech Republic puts a microscope on why these pint-size arachnids might be more drawn to some hosts over others.

The study was recently published in the Annals of Agricultural and Environmental Medicine. A research team led by Dr. Alena Žákovská collected ticks from the suburban area of Ruda in Brno, Czech Republic. They tested 100 Ixodes ricinus ticks, or castor bean ticks, which are found mainly throughout Europe, for their preference to drops of each blood type — A, B, AB, and O — placed on a petri dish. They recorded which drop each tick gravitated toward after spending two minutes sitting on the dish.

Apparently, type A blood was the most appealing to a tick’s palate, attracting 36 percent of the ticks in the study. On the flip side, type B was the least popular, drawing in a mere 15 percent of the small parasitic animals.

“The results indicate that the host selection of ticks may be influenced by the physiological or biochemical profile of an individual, such as their blood group,” the researchers wrote. “This means that a blood group of an individual can be one of the factors that increase the risk for tick bite and transmission of dangerous diseases and thus must not be underestimated.”

Taking a look at tick habits is important given the threats posed by tick-borne illnesses.

Ticks are small arachnids that commonly thrive off mammal and bird blood. In the United States, ticks are most active from May through July, just around the time when many people head outdoors during their summer vacations. Every year, there are more than 30,000 cases of Lyme disease — which can be fatal — reported nationwide.

Some research states that number might more accurately climb as high as 300,000 cases, according to the Centers for Disease Control and Prevention.

While this study zeroes in on new possible insights into tick behavior, Dr. Alan Taege, an infectious disease specialist at Cleveland Clinic, told Healthline that it’s important to know that there’s still more about the research that needs to be examined critically.

“This is an interesting study and a new correlate that hasn’t been looked at before, but there are a few caveats to keep in mind, though, including that the tick tested in the study is native to Europe and not the United States,” he said. “If the correlation were to hold true in real life and not a lab petri dish, it may be another factor for those with the susceptible blood type to know.”

Dr. Daniel Eiras, assistant professor of infectious diseases and immunology at NYU Langone Health, echoed Taege’s critiques, and added that there’s very little currently out there in published literature to point to “statistical differences in host findings and bite preferences for any tick species.”

He told Healthline that he wouldn’t be ready to jump to any wide-reaching conclusions about these findings “just yet.”

“This was a highly controlled research environment and there are many other factors that may be involved in the real-world setting,” Eiras said. “The preferences of I.ricinus may be different from the preferences of tick species in other areas. I certainly wouldn’t recommend that individuals take different precautions based on their blood types at this point.”

How to protect yourself from ticks

Eiras stressed that it’s crucial that people rely on the tried-and-true methods for avoiding ticks — such as using permethrin and DEET-based insect repellants, wearing light-colored protective clothing outdoors, and always closely inspecting their skin after coming inside from time spent outdoors.

“If someone identifies a tick on their skin, it should be completely removed with tweezers, and if possible, the tick itself can be taken to a lab for identification,” he added.

While this research is still being examined, Eiras said that people need to keep in mind that there are other certified factors that can contribute to the appearance of ticks — from an area’s temperature and relative humidity to the presence of animals like deer or woodchucks that serve as common hosts.

“Another point that should be noted is that approximately three-fourths of all tick bites are not associated with camping or visiting densely wooded areas,” he added. “Instead, tick bites are acquired in and around people’s homes. So, people should be vigilant when spending time in yards, gardens, or outdoor child play areas.”

Since the jury’s still out on whether ticks definitively have a hunger for specific blood types, Taege offers some practical advice for those reading the study who might be concerned their type A blood puts them at a heightened risk for tick-borne diseases.

“Since we can’t change our blood type, I’d suggest this group of people should be extra diligent about using insect repellents and tick checks,” he asserted.