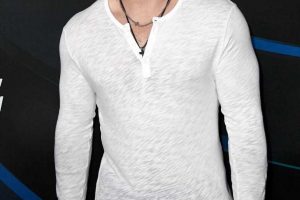 Tim Tebow says he is one of the original fans of the keto diet.

The former NFL player tells PEOPLE that when he tried the carb-cutting diet seven years ago, he didn’t know a single other person that was on it.

“I was the first person I knew in the beginning of 2012 to do it,” says Tebow, 32, who credits his trainer at the time for introducing him to the diet.

“You learn carbs are the enemy,” Tebow explains, but admits that there is one special meal of his mother’s that he misses most.

“It was something called pizza pie,” he says. “It was made with this crazy huge dough on the outside. We had to switch the crust — find new alternatives.”

Tebow contends the diet is good for you, while others, such as Jillian Michaels and Botched‘s Dr. Terry Dubrow say it’s not healthy in the long term.

To those who criticize the diet Tebow says, “I don’t try to have a rebuttal. Everyone can share their opinions and what works for them. My encouragement is try what is right for them. For me and a lot of my family it has made a difference.”

“When you stand up for something you will get criticism for it, and that is okay,” he adds. “And I have. It has worked for me and I believe in it.”

Tebow and his fiancée former Miss Universe Demi-Leigh Nel-Peters, 24, appeared on the Rachael Ray Show, where Ray prepared them a keto-friendly recipe.

“They are making the Keto lifestyle easy for your average lifestyle,” he says, praising restaurants that now provide keto-friendly options.

Although some nutritionists say cutting out carbohydrates long-term can be detrimental, Tebow says the diet gives him “the ability to focus and the lack of highs and lows.”

Kourtney Kardashian Is Back on the Keto Diet for the Summer: 'I Want to Look and Feel My Best'