Turning vegan is the tell-tale signs of a midlife crisis, poll reveals 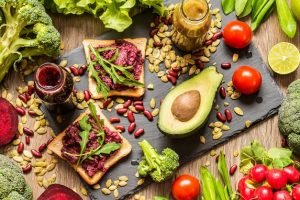 Turning vegan and running marathons are signs of a midlife crisis

Turning vegan, signing up for a ‘Tough Mudder’ or training to run a marathon? You’re experiencing a midlife crisis, reveals new survey

Buying a sports car may no longer be the tell-tale sign of a midlife crisis.

Instead, turning vegan, signing up for a ‘Tough Mudder’ or training to run a marathon are the new giveaway signs, a poll suggests.

A survey of 3,000 adults, commissioned by Bupa Health Clinics, found turning 40 or 50 pushes many of us into crisis.

This prompts many to make GP appointments and changes in diet, with more than half cutting down on alcohol or giving up completely. 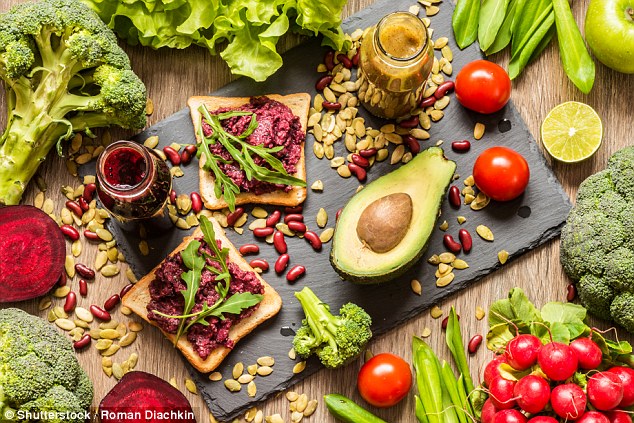 Turning vegan, signing up for a ‘Tough Mudder’ or training to run a marathon are the new giveaway signs of a midlife crisis, a poll suggests

For men, becoming a vegan (24 per cent) and signing up to a competitive event (31 per cent) are key signs of a midlife turning point.

And six per cent confess they are keen to get fitter because ‘I have a younger partner’.

Nearly half (47 per cent) of Brits feel considerably older and began worrying about their health after turning 30, 40 or 50, the poll also found.

But women tend to feel the impact sooner than men.

Women typically take stock of their health when they reach 30, while men are more likely to make health and lifestyle resolutions at 40.

Half of women signed up to a gym or hired a personal trainer in the aftermath of a landmark birthday and 67 per cent adopted a new ‘healthy eating plan’.

Jake Williams, lifestyle health adviser at Bupa Health Clinics, said: ‘Entering a new decade is one of many triggers that can prompt us to think about our health.

‘In our clinics, we often see customers coming in for a general health check shortly before, or after turning, an age ending with a zero.’

Cliches of the midlife crisis abound in popular culture, but scientific studies on the subject are divided.

A report published last year claimed to offer definitive proof of the effect in action, demonstrating a significant drop in happiness between the ages of 30 and 50.

Despite the findings, some experts remain convinced that there is no link between hitting a certain age and plummeting levels of life happiness.

The report, based on data of more than a million people and published last August, was led by researchers at the University of Warwick and Dartmouth College.

The term ‘midlife crisis’ was coined in 1965 by Canadian psychoanalyst Elliot Jacques to describe challenges during the normal period of transition and self-reflection many adults experience from age 40 to 60.

The new survey comes after a leading psychologist warned in December the male midlife crisis is often made fun of it but it can in fact be a distressing experience.

Dr Meg Arroll, a psychologist for Healthspan, said midlife hits some men harder than others, with symptoms including depression and energy loss.

HOW TO AVOID THE MIDLIFE SLUMP, BY A PSYCHOLOGIST

Dr Meg Arroll, a psychologist for Healthspan, says: ‘When evaluating compare down, not up – it’s all too easy to see your mates from school on social media who have the ‘dream life’, i.e. the car, the house, the money and perfect family. However, we tend to portray our ideal selves online, so the reality of this mate’s life is likely to be somewhat different from their photos. There will be many people out there who haven’t achieved the things you have – so, yes, by all means take stock, but focus on what you have (including your memories), not what you don’t.’

Prevention and early detection are better than cure, so have a health screen to check for ‘hidden’ health factors such as raised cholesterol, high blood pressure and glucose intolerance that do not produce obvious symptoms.

At least one in three males aged 45-54 has high blood pressure, for example, but only one in eight are treated and achieve a normal blood pressure as a result.

Similarly, almost four out of five men (78 per cent) in this age range have a raised cholesterol level. Your doctor surgery can offer a Health Check every 5 years between the ages of 40 and 75.

Alcohol contributes to anxiety and depression, high blood pressure, heart arrhythmia, weight gain and liver disease. Hospital admissions, and severe problems associated with alcohol appear to be increasing in the UK, and of those men who report drinking alcohol in the last week, more than half drank more than the current recommended maximum amount. Watch your alcohol intake and avoid binges. You can assess if you are drinking too much here.

Salt contributes to the age-related increase in blood pressure – avoid salty foods, don’t add salt at the table, and check labels to select products that have the lowest salt/sodium content. Guidelines recommend that everyone from the age of 11 onwards should obtain no more than 6g salt per day from their diet – around one level teaspoon.

5. Cut back on sugar

Sugar is increasingly recognized as driving many age-related health problems and excessive intakes are linked with weight gain and increased risk of type 2 diabetes, fatty liver disease, heart disease, stroke, dementia and some cancers. Public Health England suggests that the average adult should have no more than 30g free sugars (seven sugar cubes) maximum per day. Wean yourself off sweet foods, and check labels to select products with the lowest sugar content.

Only 20 per cent of middle aged men take light-to moderate exercise, and a worrying 60 per cent are totally inactive. Use Healthspan’s NutriCoach Activity Tracker, Smart Scales and App to track your daily steps, distance and calories, log your food intake and get tailored advice on how to meet your goals – whether that’s getting fitter, gaining muscle or losing weight.

Men are notorious for taking better care of their car than they do their own body. They are less likely than women to attend for a routine check-up, despite taking their motor for a regular service, and put off seeking help for persistent aches, pains or lumps – the equivalent of strange noises under the bonnet. If you notice any persistent or recurring health symptoms do see your doctor.