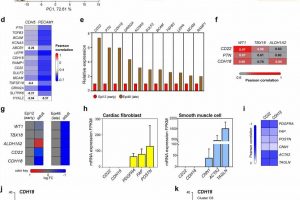 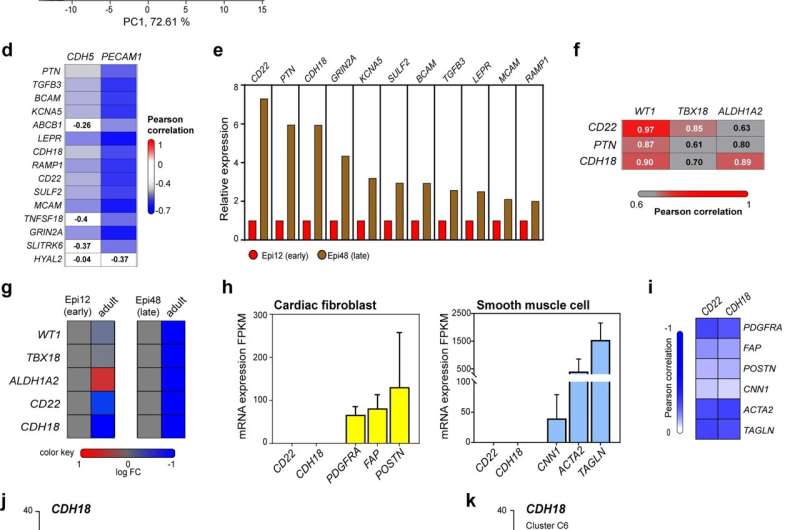 Heart disease remains the leading cause of death in the world. One reason is that unlike other tissues, such as bone and skin, the heart has remarkably poor regenerative capability after an injury such as a heart attack. Scientists have therefore searched for heart cells that have regenerative properties. A new study by the Yoshinori Yoshida laboratory reports the use of iPS cells to produce one such cell type, epicardial cells.

The epicardium describes the most outer layer of the heart. As the heart forms, epicardial cells migrate and differentiate into different heart cells. However, after birth, the epicardium takes a quiescent state and only reactivates following injury to produce fibrosis and scarring. While this response is not ideal and fails to fully recover heart function, in some species, such as zebrafish, epicardium reactivation is a critical step for heart regeneration.

In general, the epicardium of a growing fetal heart behaves differently from that of a fully formed adult heart.

“The embryonic epicardium is active. Its cells are proliferative and undergo an epithelial-to-mesenchymal transition that results in various cardiac cell types. This property is not seen in adult heart,” said Julia Junghof, who is the first author of the study and is expected to earn her Ph.D.

To study these differences, she and colleagues differentiated human iPS cells into epicardial cells. They found the protein cadherin 18 (CDH18) was expressed in only the fetal type.

“We normally rely on the expression of genes to identify epicardial cells but do not have reliable surface markers. Cadherins are best known for cell-to-cell adhesion, but they also are involved in cell-fate decisions,” said CiRA Associate Professor Yoshinori Yoshida, who led the study.

Artificially expressing genes in iPS cells is technically difficult and expensive. Using surface markers reduces the labor and cost of the experiments and also results in safer cells that can be used later for patient care.

The loss of CDH18 expression resulted in epicardial cells losing their ability to multiply and caused an epicardial-to-mesenchymal transition that resulted in smooth muscle cells for the heart, providing new insights on how the epicardium can be activated following injury to promote heart regeneration.

Thus, measuring the expression of CDH18 on differentiating iPS cells may provide an effective means for producing cells with heart regeneration ability in the lab.

CiRA scientist Dr. Antonio Lucena-Cacace, a senior author of the study, added that the findings also give clues on how heart regeneration can be turned on and off in the body.