What jigsaw puzzles tell us about child development 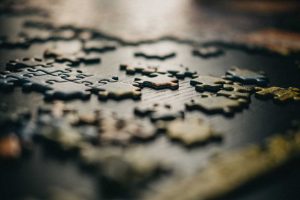 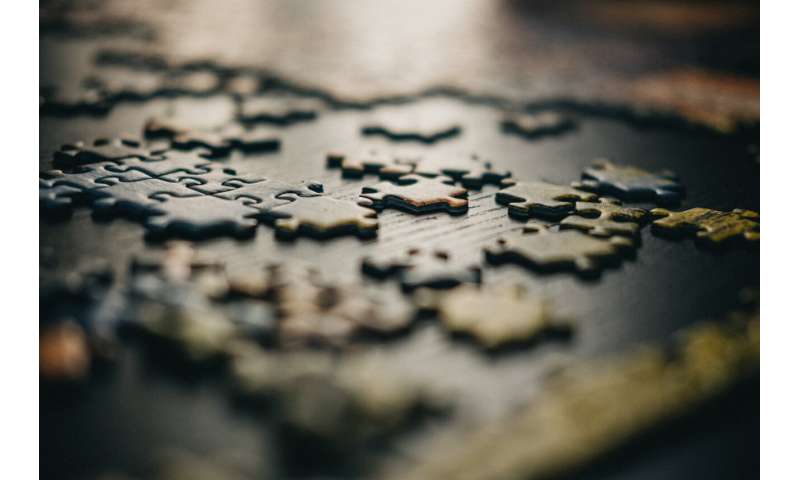 They’ve been used as an educational toy for hundreds of years and are thought to develop skills such as hand-eye coordination and problem solving.

But little has been known about how children learn to do jigsaw puzzles.

Now, new research led by the University of East Anglia (UEA) has put jigsaw puzzles to the test—and found that children only learn to do them once they have reached a certain stage of development.

The study, published today in the journal Child Development, reveals that three-year-olds use trial and error, but four-year olds are able to use information in the picture to complete the puzzles. The research team say this understanding is the foundation of drawing and painting.

Lead researcher Dr. Martin Doherty, from UEA’s School of Psychology, said: “We looked at children’s ability to do jigsaw puzzles. Surprisingly, there’s virtually no research on this, despite the common assumption these are good educational toys.

“We were interested in children’s understanding of pictures as representations. Jigsaws require assembly of a picture, so if children understand how pictures work then they should be better at jigsaw puzzles.”

The team, which includes researchers from the Universities of Edinburgh Napier, West of Scotland and Warwick, worked with 169 children aged between three and five, to see how they put together different types of puzzles at different ages.

Some of the children worked on traditional jigsaw puzzles with a picture, jigsaws with no picture, and picture-based puzzles made up of equal-sized rectangular pieces. Half of this group were given a picture guide showing what the completed image should look like.

The researchers recorded how long it took the children to complete the puzzles and the number of times they attempted to join puzzle pieces.

Another group of children were given a jigsaw puzzle with a piece missing, and different options to fill the gap.

Dr. Doherty said: “This is the first investigation of how children do jigsaw puzzles, and we were particularly interested in how they use their understanding of pictures to complete them.

“We found that children who passed tests for representational understanding were able to complete picture jigsaws faster and more efficiently. In general, efficiency increased between the ages of three and five years.

“The really unique thing about this study is that we are showing the age and stage of development at which children gain a fundamental understanding of the nature of pictures.

Last week of birth control pills: What to know about placebo pills

COVID-19 highlights what we have yet to learn about lung mechanics
About, child, development, jigsaw, puzzles, tell, us, what
Latest Posts