Home » Health News » Why you don’t get out of your office chair: Toward a new psychology of sitting behavior

Why you don’t get out of your office chair: Toward a new psychology of sitting behavior 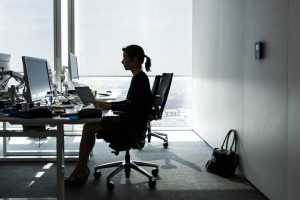 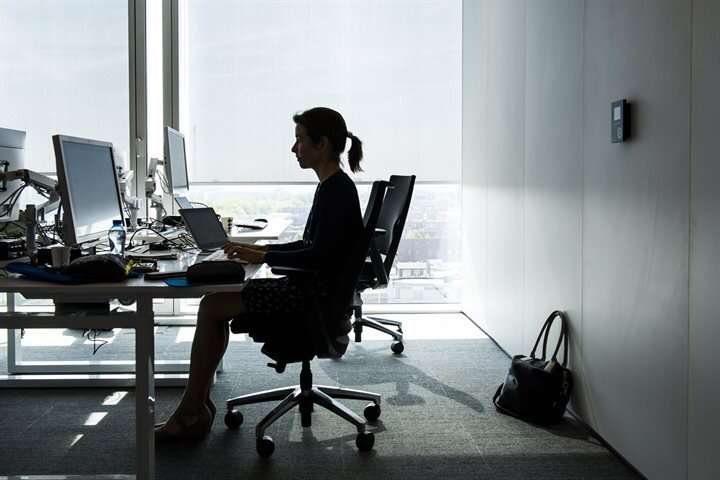 Gaining a better understanding of our sitting behavior requires detailed psychological research into our motivations for sitting down and standing up. For example, would you stay seated for longer if you were tired (due to mentally demanding work), or would you actually be quicker to stand up? And during which part of the day would you be quicker to change your posture? A publication by researchers from Radboud University and Radboud University Medical Center (PNAS, June 15th) is the first step toward the psychology of sitting.

Sitting is the new smoking, according to the now-famous one-liner. Sitting too much and for too long leads to health problems, which include both mental problems (including stress and depression) and physical problems (including cardiovascular disease, diabetes, and also cancer). “Sitting is definitely bad for you, but other than that, we still don’t know much about the psychological side,” says psychologist Pam ten Broeke from the Behavioral Science Institute at Radboud University.

A new paper, of which she is the lead author, offers new insights into this psychology of sitting. “Many people don’t immediately understand the psychological side of sitting. But every time you stand up or sit down, there is an underlying reason, be it a conscious or unconscious one. And we’d like to know what these reasons are,” she says.

Sitting is often understood in the same way as exercise, as a conscious decision, but sitting occurs much more automatically. “Sitting appears to be a habitual behavior, and if you want to address this behavior then you’ll need to treat it as such.”

Sitting better in the afternoon

The study provided some interesting preliminary insights. Sitting patterns tend to change as the workday progresses. People are quicker to change their posture in the afternoon, while prolonged periods of sitting are more common in the morning.

“We found this to be quite interesting. Although people feel mentally fatigued at the end of the workday, they still behave more healthily; this is in contrast to other health behaviors, such as eating or exercising. At the end of the workday, people may be less able to concentrate on their work, and they’re then quicker to get up and move away from their workspace in order to go and get something or to take a short break, for example. This consequently makes for healthier sitting patterns.”

The many ways to switch between sitting and standing

The researchers studied the sitting behavior of more than 150 people with office jobs. The participants were equipped with activity sensors and were monitored for an average of four workdays. However, in contrast to previous research, the researchers applied a new analysis technique to the activity data.

“We closely examined how quickly people switched between sitting and standing, which is something that people do about 100 times a day. Previous research only examined the total number of hours that was spent sitting and standing per day, and actually focused very little on all these changes in posture. It was specifically these changes in posture that we wanted to examine separately.”

In total, the researchers examined about 30,000 transitions between sitting and standing. “This will actually enable us to investigate relations between other psychological processes that occur dynamically during the day, such as fatigue or the physical environment or office environment in which a person finds themself.”

How to Actually Get Your Doctor to Listen to You

Reduce Your Doctor Office Wait Time With this New Tool from HCA
a, Behavior, chair:, Don’t, get, new, of, office, Out, psychology, Sitting, toward, Why, you, Your
Latest Posts