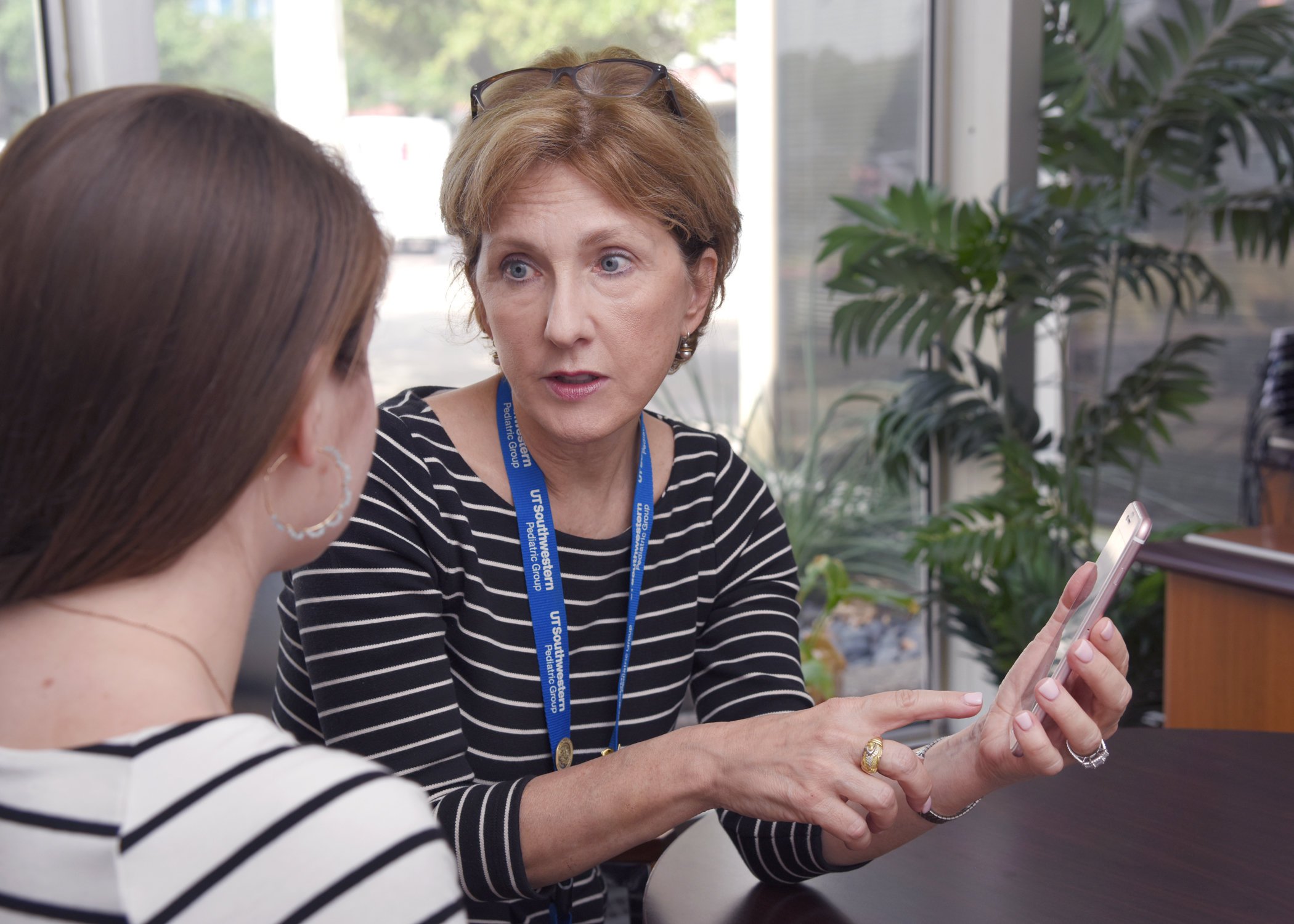 A troubled teenager is hospitalized with suicidal thoughts. The patient is diagnosed, medicated, and counseled by a team of experts.

The teen is sent home a few days later, and the following week the parent finds the child’s bedsheets fashioned into a noose.

The scenario is tragically common in the field of psychiatry, which has long struggled to develop strategies to help adolescents cope with recurring thoughts of suicide in the weeks after leaving the hospital.

A preliminary study from UT Southwestern’s O’Donnell Brain Institute shows an intervention program that includes a personalized app could make a difference: Researchers found the rate of attempted suicides by teenagers who received the intervention was halved compared to those who received the standard care during their hospitalization.

“Those first few weeks between leaving the hospital and receiving outpatient care is a high-risk time for these adolescents,” said Dr. Betsy Kennard, Professor of Psychiatry at UT Southwestern. “We’re trying to equip them with the tools they need when they become distressed—skills that may not be taught during standard inpatient treatment because there’s so much that goes into just stabilizing patients during their few days in the hospital.”

The intervention program is brief—about three hours—and consists of therapists offering various coping strategies and learning some of the patient’s favorite activities and fond memories. This information is programmed into an app that the teen uses after being discharged from the hospital.

The app, called BRITE, prompts them daily to rate their mood and offers personalized recovery strategies when they’re distressed. For instance, one patient may be encouraged to play an enjoyable video game or sift through family photos that were uploaded to the app. Another may watch a meditation video, or—if all else fails—access the suicide emergency numbers programmed into BRITE.

“These are some of the coping mechanisms that teens may forget when facing suicidal urges,” Dr. Kennard said. “We hoped that this intervention would promote safety at a vulnerable time, and the preliminary results are promising along these lines.”

The study published in the American Journal of Psychiatry tracked the cases of 66 patients ages 12-18 who were hospitalized after attempting or contemplating suicide. Thirty-one percent of those who received standard care attempted to kill themselves within 24 weeks of being sent home; the rate was nearly halved for those who received the intervention program and app. 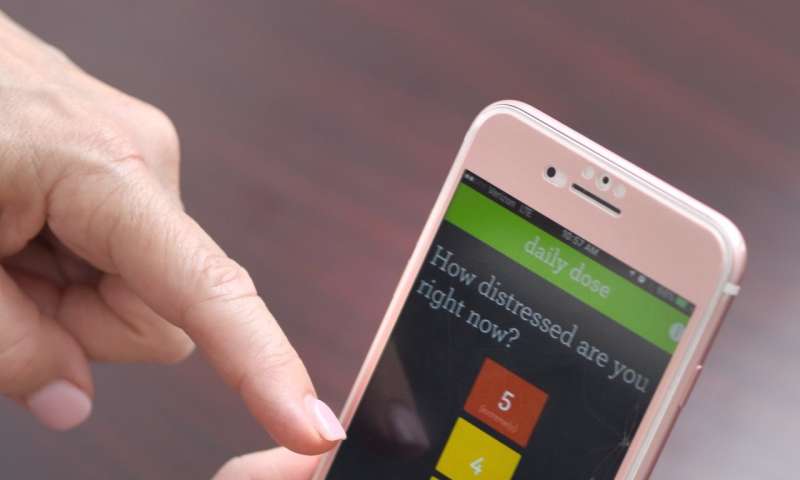 The research comes amid a rising national suicide rate, particularly among teenagers. From 2007-2015, the adolescent suicide rate doubled among females and increased 30 percent among males. Previous research estimates a large proportion of these suicide attempts occur in the first three weeks of outpatient treatment following a hospital stay.

Although other intervention programs have been developed, little research has been done to evaluate how or if they help teens after they are discharged, Dr. Kennard said. Her team plans to begin a larger study later this year evaluating more patients and the individual effects of receiving either the intervention program or BRITE, both, or the standard treatment alone.

If the results are positive, she said, then inpatient psychiatric units across the country may have a new roadmap to help prepare adolescents for the challenges ahead.

“This approach merits further study,” she said. “Focusing on stress tolerance and giving access to positive emotion could be a lifesaving difference for so many patients.”

The app is part of a broader mission by UT Southwestern’s Peter O’Donnell Jr. Brain Institute to understand, treat, and prevent depression among teens.

Prominent in this effort is a universal suicide screening program administered by UT Southwestern physicians at Parkland Hospital to identify at-risk patients. The program is designed to screen not only adults but children as young as 10, regardless of their reason for seeking care.

In addition, UT Southwestern runs a VitalSign6 initiative to help pediatricians and other physicians follow new national guidelines that call for all teenagers to be screened for depression.

And to help teens who aren’t screened in clinics or hospitals, a separate network is being implemented in Texas schools to address the national rise in teen depression and suicide. Besides raising mental health awareness in a vulnerable age group, the Risk and Resilience Network will assist scientists in a range of clinical endeavors, from developing blood and brain tests for diagnosis to identifying effective treatments and interventions.

Why a low-carb diet may not be so good for you
App, Be, brief, for, intervention, lifesaver, May, suicidal, Teens
Latest Posts