Autobiographies about depression offer key information about the illness 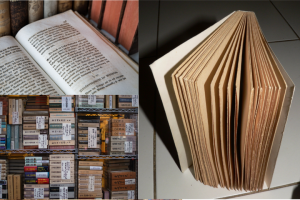 Autobiographies about depression can play an important role in disseminating knowledge about the disease. That is the conclusion of research conducted by Anne-Fleur van der Meer (VU Amsterdam). Van der Meer reveals that autobiographic books are more than gripping stories about illness. They also provide pointers for how we can articulate and understand depression. Van der Meer will defend her doctoral thesis on 27 September 2018. Her research was funded by the NWO programme PhDs in the Humanities.

Much is currently being done to increase the knowledge of depression and to remove the stigma surrounding it. There are depression galas, health apps, and government campaigns on radio and television. Patients share their experiences with the general public and write autobiographical books.

Van der Meer examined how the writers incorporated the information and ideas of others in their texts. She used various techniques, including intertextuality research, to compare the autobiographies with the original sources.

Van der Meer discovered that depressed writers often creatively use insights from psychiatrists, quotations from manuals and sentences from scientific articles. Furthermore, the authors read works from Sartre and Dante, watched films and consulted self-help literature and then gave their own twist to this. In their books, they make valiant efforts to regain control over their own health, adapt the sources and give comments.