Biomarker may aid in determining treatment for cancer patients 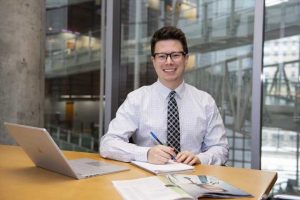 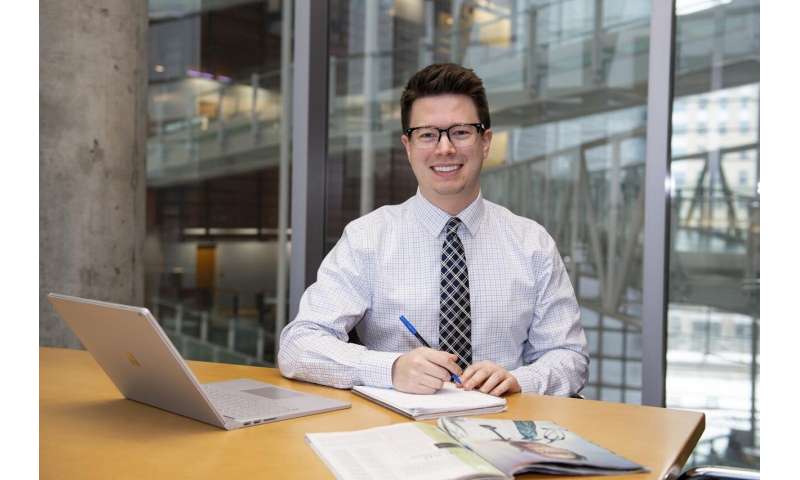 A common virus that is harmless to most individuals may produce an important biomarker in determining the prognosis of brain cancer patients, according to a recent study published by a student researcher at the University of Cincinnati.

Patients with glioblastomas or malignant brain tumors, face a difficult future. The disease is fatal, and only about 5 percent of patients are alive five years after their diagnosis, explains Haidn Foster, a third-year medical student at the UC College of Medicine and first author of a recent study of glioblastoma patients in the scholarly journal Neuro-Oncology Advances.

The study looked at health outcomes of 188 glioblastoma patients and found that individuals who tested positive for an antibody indicating Human cytomegalovirus (HCMV) exposure lived an average of 404 days after their cancer diagnosis compared to an average of 530 days for patients who were never infected by HCMV, said Foster.

A life expectancy difference of four months is an important consideration for patients and their physicians. “For glioblastoma patients time is precious and treatment that would prolong life by a few weeks or months is considered a victory,” said Foster.

“The question we asked, “Did having a prior HCMV infection, indicated by the presence of this antibody we could detect in patients’ blood, correlate with poorer overall survival in glioblastoma patients?” said Foster. “It turned out this correlation did exist,and it was independent of other factors such as patient age or the extent of tumor resection.”

Foster’s work was performed in collaboration with a research laboratory led by Dr. Charles Cobbs, director of the Ben & Catherine Ivy Center for Advanced Brain Tumor Treatment at the Swedish Neuroscience Institute in Seattle, Washington. Cobbs first discovered the presence of cytomegalovirus in glioblastoma brain tumors in 2002.

“We believe that human cytomegalovirus is a possible contributor to the aggressiveness of human glioblastoma tumors,” said Cobbs. “These are highly malignant tumors, and there is significant evidence, albeit controversial, that HCMV is present in a high percentage of these tumors.”

Cobbs said collaborators at Harvard Medical School have shown that in animal models that mice that are latently infected with the virus can reactivate the virus when they develop brain tumors. The virus will then promote a much more aggressive growth state of the tumor and promote more rapid death.

“There is evidence from researchers in Germany who have shown that when glioblastoma patients receive standard treatment with radiation and chemotherapy, people who have a latent infection with this virus will often reactivate the virus systemically, and this can cause a fatal encephalitis which is preventable if identified and treated with antiviral drugs,” explained Cobbs.

“The work that Haidn independently proposed and performed will hopefully contribute to a growing body of work that suggests that this virus, which is considered to have no significant pathological impact in people who have normal immune systems, may actually be a dangerous pathogen that can promote and accelerate the growth and malignancy of a common brain tumor and possibly other cancer types,” said Cobbs.

Glioblastoma patients in the study had given their consent and were all treated by Cobbs. Just over half or 97 patients had never been exposed to HCMV, while the remaining 91 patients did test positive to HCMV exposure.

“The majority of the United States population has been infected with cytomegalovirus, but it’s generally not harmful for most individuals, ” said Foster. “For people who are immunosuppressed or have naturally lower immunity, however, such as infants, AIDS patients or transplant patients, the virus can cause significant disease.”

Cobbs said the study led by Foster highlights the possibility that having a prior infection and a presumed latent infection with CMV may somehow predispose patients to have a more aggressive course with glioblastoma.

“This could potentially be due to either a viral infection of the tumor itself, as shown with a mouse model from our collaborators at Harvard Medical School, or potentially systemic effects of reactivation of the virus during radiation and chemotherapy, which in and of itself could be an independent factor in promoting encephalitis and other life-threatening complications,” said Cobbs.

The study was funded by several sources including the Ben & Catherine Ivy Foundation and the National Institutes of health.

Mindfulness may be a balm for breast cancer patients