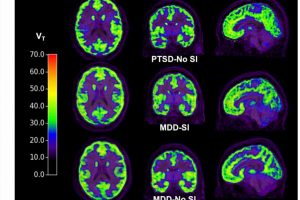 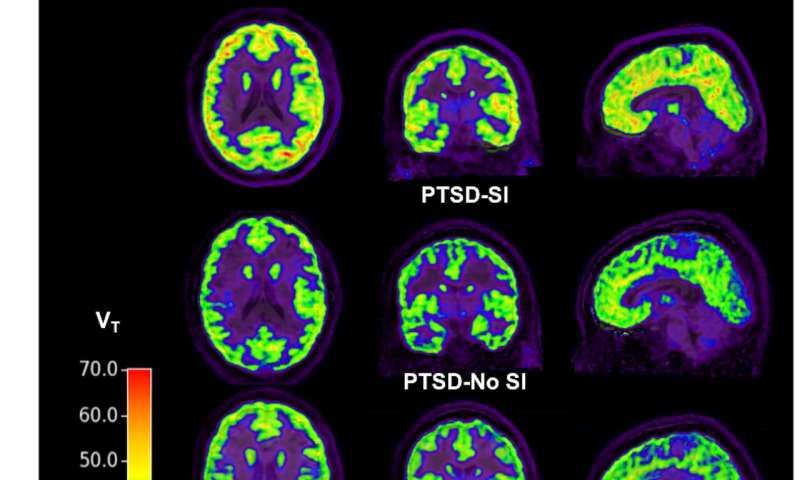 The risk of suicide among individuals with post-traumatic stress disorder (PTSD) is much higher than the general population, but identifying those individuals at greatest risk has been difficult. However, a team at Yale has discovered a biological marker linked to individuals with PTSD who are most likely to think about suicide, the researchers report May 13 in the journal Proceedings of the National Academy of Sciences.

There are two FDA approved treatments for PTSD, both of which are anti-depressants. It can take weeks or months to determine whether they are effective. That can be too late for those who are suicidal, note the researchers.

“If you have people who suffer from high blood pressure, you want to reduce those levels right away,” said Irina Esterlis, associate professor of psychiatry at Yale and senior author of the study. “We don’t have that option with PTSD.”

Esterlis said testing for levels of mGluR5 in people who have experienced severe trauma might help identify those at greatest risk of harming themselves and prompt psychiatric interventions. Also, researchers might investigate ways to regulate levels mGluR5 with hopes of minimizing suicide risk in PTSD patients, she said.

Tool identifies which patients with COPD are at risk of death, serious complications

Have an irregular heartbeat? You may have an increased risk of dementia
at, Biomarker, of, PTSD, Reveals, risk, Sufferers, suicide
Latest Posts