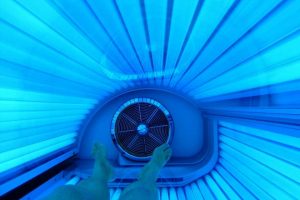 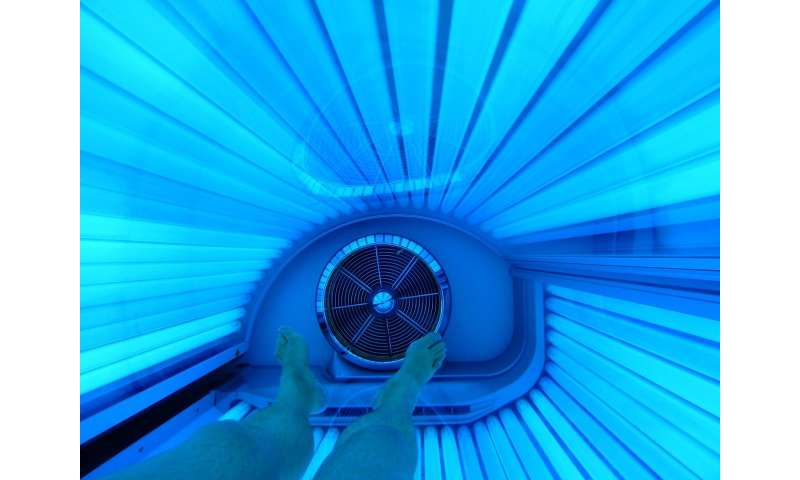 A combination of elevated symptoms of depression along with modifications in a gene responsible for dopamine activity, important to the brain’s pleasure and reward system, appear to influence an addiction to indoor tanning in young, white non-Hispanic women.

That finding comes from a new study, reported by researchers at Georgetown Lombardi Comprehensive Cancer Center and published online June 11 in Annals of Behavioral Medicine.Excess exposure to ultraviolet radiation can lead to melanoma and non-melanoma skin cancer. Most UV exposure is from the sun, but exposure from indoor tanning is common in certain people and accounts for 10 percent of skin cancer cases in the U.S. There will be an estimated 96,480 new cases of melanoma in the United States and 7,230 deaths from the disease in 2019.

This study compiled survey responses from 292 non-Hispanic white women in the Washington, D.C. area, 18 to 30 years of age, who used indoor tanning beds, sunlamps, or sun booths. The survey asked questions about values and behaviors that might predispose a person to a tanning addiction, as well as a series of questions to determine if they had symptoms of depression.

The researchers also collected saliva samples to obtain DNA to look for 34 single nucleotide polymorphisms (SNPs) in five different genes. SNPs are changes in one of the base molecules on a strand of DNA. The specific SNPs that researchers looked at were in genes known to be related to pathways that reward addictive behavior.

“By demonstrating that genes in behavioral reward pathways are associated with tanning addiction, we are providing stronger evidence that tanning addiction is a cancer risk behavior in need of intervention,” says lead author Darren Mays, Ph.D., MPH, an associate professor of oncology and member of the Cancer Prevention and Control Program at Georgetown Lombardi. “This finding adds to a growing body of evidence from animal studies and neuroimaging studies that have been done in humans.”

Mays work in tanning addiction continues with a study, just getting underway, that will explore the effectiveness of text messaging as an intervention to help young women quit if they are addicted to indoor tanning. The research is funded by the Prevent Cancer Foundation.

New technique may improve detection and treatment of advanced brain cancer
abetted, addiction, An, and, Be, both, by, factors, genetic, indoor, May, psychiatric, Tanning
Latest Posts