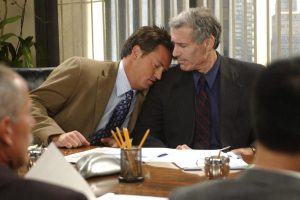 It’s time to put the myth to sleep. The Spanish didn’t really invent siestas as we know them, they just perfected the practice. The word siesta has its origins from the Latin word sexta. In days gone past, the Romans stopped to eat and rest in the sixth hour of the day.

The Spanish have historically had peculiar working hours, with time, they managed to slot in a couple of hours to nap in their daily routines. Their culture supports a practice called presenteeism, which translates to spending more work hours to give the impression of being busy and committed to the workplace. Traditionally, most companies believed that spending more hours at work meant improved productivity. Whilst this is not necessarily always the case, the introduction of afternoon siestas between 2-5pm did allow them to rejuvenate and carry on with their daily activities.

For the siesta to survive in the new age, many things need to be taken into consideration. The sleeping culture of big cities needs to be revised in order to ensure compatibility with the workforce.

There have already been a few initiatives among the Spanish populace to save siesta sessions. Last year sleep pods were tried out in Madrid’s Atocha train station to offer a temporary lunch break relief for tired office work.

An app known as SiestAPP has also been developed to help users refresh and revitalize. The app works by letting users grab some precious 40 winks and then waking them up just in time to get back to work. In the New Age, people are paid by the Hour, Napping in the Afternoon may thus not make sense for most employers

When we take breaks and/or sleep, the brain engages in mundane but important activities. Scientists have always suspected that when one is not actively engaged in a learning experience, the brain strives to amalgamate new data. It is during this time that memory gets stored up and the brain gets to subconsciously rehearse new skills by etching them into the brain tissue.

Most students can give testimony to the fact that after a late night out studying, they were able to recall most of the things learnt in the morning after a good night of sleep. Musicians practicing instruments also experience this same phenomenon. In essence, a good sleep session is an essential component of memory.

Psychologists have established that taking breaks and vacations can have real advantages for most people. A vacation takes the mind out of focus on particular issues and helps it concentrate on new things.

Taking a quick shower on a hot day can have the same benefits as a good sleep session. By distracting the mind and giving it a new pre-occupation, different parts of the brain responsible for creativity and memory are triggered. This can have a great benefit in how we are able to execute work much more efficiently afterward. In Tolkien’s Middle Earth magnum opus, the Hobbits are known to partake in two breakfasts, the first and the second. The same way pre-industrial Europe was known to have a first and second sleep session typically divided by an hour of crepuscular activity. Numerous studies have shown that taking naps helps the brain sharpen concentration and improve productivity at workplaces. While there are a couple of forward-thinking companies in the US that allow workers to take naps at the office, most still don’t cater for such needs. A good alternative for those unable to take naps at the office space because of their bosses would be to spend some time outdoors exploring. By taking our minds off work and school for short periods, we’re able to prepare the brain for intensive information processing later in the day.

A good downtime session can help improve the attention span of individuals too. Sleep and meditation are considered to be some great ways to help the mind focus on issues we deem important when we’re feeling a bit fatigued. A nap a day, keeps the productivity at an all-time high. It’s the miracle cure that seems too good to be true, yet still, it is.

New parents are taught to feed. But sleep is just as vital, for both of you
ALWAYS, at, facts, new, reveal, Shocking, should, sleep, Why, Work, you
Latest Posts