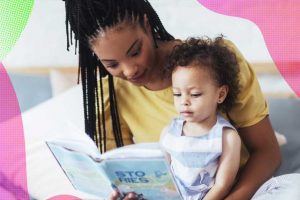 Scholastic is launching the school year with a partnership with We Need Diverse Books, a nonprofit whose aim is to put “more books featuring diverse characters into the hands of all children.” Their work includes grants, internships, and working with classrooms and schools to increase the availability of diverse books. That work includes working with Scholastic, via its book club program, to curate a list of diverse books for all ages, starting at the Pre-K level.

Given that, in 2018, more books were written about animals than children of color, with books about white children making up 50% new books, it’s heartening to see the work that Scholastic and WNDB is doing, as well as the effect they are having. Those numbers aren’t great, but actually better than in 2015, where 73.3.% of all children’s books had a white protagonist. WNDB also takes a wider view of diversity beyond just race, which they outline on their website: “all diverse experiences, including (but not limited to) LGBTQIA, Native, people of color, gender diversity, people with disabilities, and ethnic, cultural, and religious minorities.”

So what could the problem possibly be? According to a response in The Federalist, the books are hoping to “saturate” kids with so-called “identity politics.” The phrase “identity politics” is maddeningly vague, but is usually wielded by the right to dismiss anything that centers anything other than the male, white, cis, able-bodied perspective. This, of course, ignores the fact that being white, cis-gendered, male, and able-bodied are also identities that inform how we see the world.

Beyond that bad faith argument, it’s hard to know where to start with the meandering post. The takedown cherry-picks the books most likely to appall conservative readers, pointing out books that center transgender and non-straight kids in the storyline, but also takes time to disparage a book about a girl whose mosque is vandalized by a “hate crime” (quotations theirs). The writer, Joy Pullman, is equally dismissive of a graphic novel by Dan Brown based on his first-hand experiences at a Syrian refugee camp. It’s almost breathtaking to see how easily books that fictionalize real suffering can be brushed aside.

Instead, per the article, children should be happy with books written long, long ago (back when that 73.3% number was even higher). Interestingly, one of two examples of classic children’s literature she suggests is Huckleberry Finn, which features slavery, child abuse, and children drinking and smoking. Furthermore, books with diverse characters learning to be true to themselves are redundant, because, in Pullman’s words, they’re already the plot of “two-thirds of Disney movies.” So should we stop publishing children’s books altogether, since the basic message is basically covered? Or should the only new books be the ones just resemble, well enough, the books written by dead white men? And again, how is that desire in and of itself not political?

There is also an underlying argument about whether or not these themes are appropriate, such as books that have a middle schooler struggling with being attracted to girls and boys, or another realizing her dad is secretly dating her friend’s mom. This ignores an entire history of children’s books that deal with supposedly “adult” themes. (Again, Huck Finn.) The idea that children are encountering racism, sexism, or homophobia for the first time in the pages of books ignores the very real lived experiences of many of these children WNDB hopes to serve.

And what of the cis, able-bodied, white child readers out there? These books are for them, too. After Toni Morrison died, I remembered the first book of hers I read, The Bluest Eye. I was eleven, and probably missed a lot of what was going on. But, as a white child growing up in an overwhelmingly white community, reading it was formative in how I learned about our country’s history. Yes, I had learned about it at school, but getting to know the characters of the book provided a more intimate, urgent, and real experience. Seeing yourself in books is powerful, and should not be discounted. But diverse books allow all readers to gain a more expansive view of the world, and isn’t that a lot of why we want our children to read in the first place?

Why we need to research sex more post #MeToo

Why We All Need a Lesson on Drug Prices, Including Me

We need to see antidepressants as a personal thing, not demonise or idolise them

Why kids should be encouraged to play more than one sport
against, Backlash, books, Conservative, Diverse, Just, kids, need, proves, them, we, Why
Latest Posts